Israeli Mob Boss, the Latest Victim in a War Between Tel Aviv Gangs

As Israelis prepared for the holy day of Yom Kippur — when believers pray to know “who will live and who will die, who will die after a long life and who before his time?” — the alleged leader of the Shlomo crime family was gunned down at a gas station just outside of Tel Aviv on Monday, local media reported. 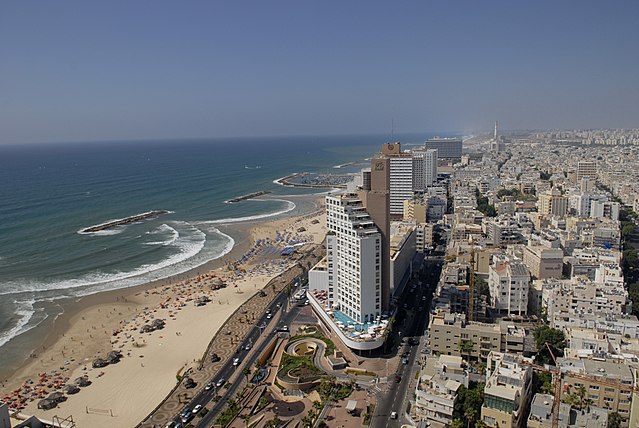 The Shlomo crime family had a longstanding vendetta with a rival criminal organization, the Domrani crime family for whom Shlomo used to work, before a split in 2013. (Photo: Simon Mannweiler, Wikimedia, License)Benny Shlomo is the latest death in a spate of gangland violence which has erupted amidst Tel Aviv’s underground.

A video of the attack shows Shlomo’s assailants garbed in black and leaping out of a still moving white car, before chasing him into the highway and ultimately shooting him seven times on the ground after he stumbled.

Seven years earlier, Shlomo’s brother and accomplice, Shalom Shlomo, suffered a similar fate when he was gunned down in front of his home in the southern Israeli town of Talmim.

Domrani, whose criminal enterprise has been in operation since at least 2002 when he was released from a first stint in prison, has been involved in everything from illegal sand mining to illegal online gambling, and arms trafficking.

Over the course of his career he crossed paths with the Shlomos and other big names in the Tel Aviv underground, like Yigal Zhanno – who was killed by a car bomb at his home in Ashkelon in 2004, for which Domrani was questioned, – and both Yitzhak “Itzik” Abergil and Ze’ev Rosenstein.

Earlier this year, Abergil one of Tel Aviv’s most powerful criminals who ran an empire that stretched from Jerusalem to Los Angeles and left a trail of blood on both continents, was convicted for his part in the 2003 assination attempt on Rosenstein, which left three innocents but not Rosenstein, dead when a bomb exploded on Tel Aviv’s busy Yehuda HaLevi street.

Living amongst such company, Monday's attack was not the first attempt on Shlomo’s life either, though it is the most successful.

Gunmen fired upon him as he was driving out of his home in 2013, but he was saved by the fact that his Skoda had been modified with armor. In 2014, another attempt saw an explosive fired at his car.

Since the attack on Monday, four men have been arrested, who according to police are affiliated with another Israeli gang, the Jerushi crime family.