Venezuela on Saturday has freed seven jailed Americans in exchange for the release of two relatives of the Venezuelan President Nicolas Maduro who were convicted of drug trafficking in New York, U.S. officials said. 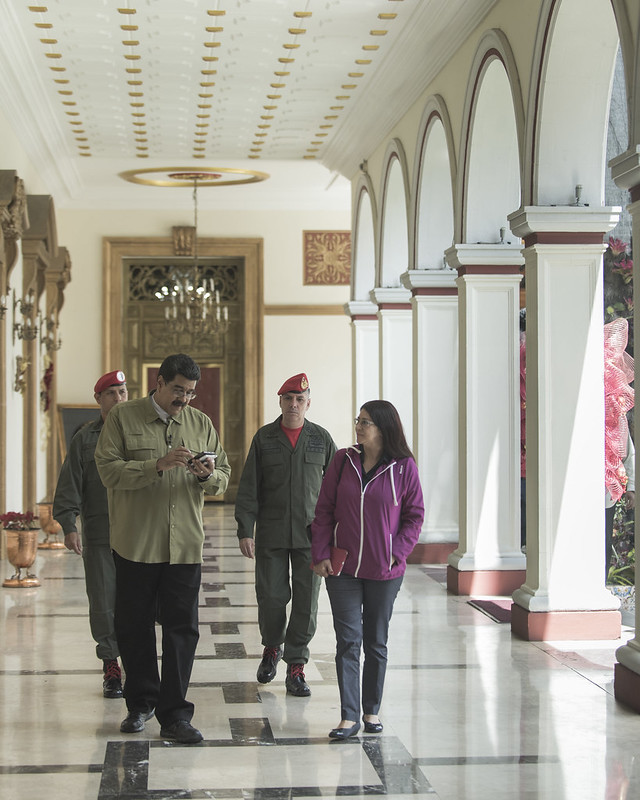 In exchange, President Biden granted clemency to two nephews of the Venezuelan First Lady Cilia Flores. The two in recent years carried out a multimillion-dollar drug deal to obtain a large amount of cash to help their family stay in power.

Dubbed the “narco nephews,” Franqui Flores and Efrain Antonio Campo Flores were arrested in Haiti in 2015 while carrying over 800 kilograms of cocaine destined for New York City. A year later, they were found guilty for conspiring to import cocaine to the U.S.

In December 2017, Campo and Flores were sentenced to 18 years each for their drug trafficking. According to the charges, they worked with the Revolutionary Armed Forces of Colombia (FARC), a Colombian paramilitary group and designated terrorist organization, to supply the cocaine.

The Drug Enforcement Administration’s investigation revealed that the nephews intended to use a portion of their trafficking proceeds to fund the Venezuelan First Lady’s December 2015 campaign to secure a position in the Venezuelan National Assembly.

The AP reported that the prisoner transfer took place in the Caribbean island of St. Vincent and the Grenadines, and President Biden assured that the freed Americans will soon be “back in the arms of their loved ones where they belong.”

However, not everyone was thrilled about the exchange.

“Maduro kidnapped U.S. citizens & then used them as bargaining chips. The release of narco-nephews could establish a precedent of impunity by giving incentives to Maduro's dictatorship (and others) to continue oppressing & committing crimes,” said Carlos Vecchio, the U.S. Ambassador to Venezuela, in a tweet.

Condemning the Maduro regime, he said that “a whole oppressed country and 244 political prisoners, victims of human rights violations, remain kidnapped by Maduro's dictatorship in Venezuela. Impunity will only increase repression against innocents.”

Former Colombian president Andres Pastrana said that “the United States government, especially when it claims moral leadership, sets a disastrous precedent by giving in to the terrorism and drug trafficking of Nicolás Maduro, his family and his regime.”

Nayib Bukele, the president of El Salvador, also condemned the exchange, saying that his “Venezuelan brothers realized that we are just pawns for the global elites.”

The prisoner swap is the result of months of secretive diplomacy between U.S. officials and the Venezuelan government, which is under strict U.S. sanctions. For many years, the U.S. has accused the Maduro government of being a leftist dictatorship, and in 2020 even charged the Venezuelan president and his senior officials with drug trafficking and money laundering.

President Biden in recent months however, since the Ukraine invasion, has started to re-engage with Venezuela, home to the world’s largest oil reserves, in an effort critics say is meant to reduce U.S. dependence on Russian oil.

The U.S. administration has started to ease economic sanctions on the Latin American country in recent months, which opened up negotiations with Petroleos de Venezuela (PDVSA), the Venezuelan state-owned oil company shrouded in corruption scandals including government officials and international executives in the past.

Citgo, the U.S.-based petroleum company the executives of which were released on Saturday, is majority-owned by PDVSA. The five Americans had been detained in Venezuela since 2017 and convicted of embezzlement in 2021.