The U.S. Department of Justice charged two financial asset managers with laundering money obtained illicitly from Petróleos de Venezuela S.A. (PDVSA), a state controlled Venezuelan oil and gas company, in what was a part of a US$1.2 billion global scheme. 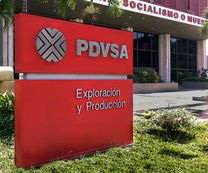 The Venezuelan oil giant has been on the forefront of corruption and money laundering scandals for many years. (Photo: Wilfredor, Wikimedia, License)The partners in the alleged crime, Ralph Steinmann of Switzerland and Luis Fernando Vuteff of Argentina, are believed to have created a complex bribery scheme utilizing the U.S. financial system and various international bank accounts to launder more than $200 million related to the scheme, bribing Venezuelan officials in the process.

Corruption schemes, money laundering, politicization and mismanagement have been endemic to the state owned PDVSA for some years. A 2022 Suisse Secrets investigation by OCCRP found that oil executives siphoned at least $11 billion from the company between 2004 and 2015 through a mix of bribery, fraud, and currency scams; and stashed their ill-gotten assets and wealth worth at least $273 million in 25 Credit Suisse accounts.

The Southern District of Florida charged last week both Steinmann and Vuteff for conspiring to commit money laundering. If found guilty, both will face a sentence of up to 20 years.

According to court documents the two asset managers began their conspiracy, which included other unnamed actors, around December 2014, and continued their scheme at least until August 2018.

The duo also opened bank accounts on behalf of at least two Venezuelan public officials to receive their share of the scheme in bribes and created a corrupt foreign exchange scheme.

Vuteff has been arrested and is pending extradition from Switzerland. Steinmann remains a fugitive.