Malaysian authorities have brought home 15 victims of a suspected cybercrime scheme, who had been lured into Cambodia by lucrative yet phony job offers, the country’s foreign ministry said. 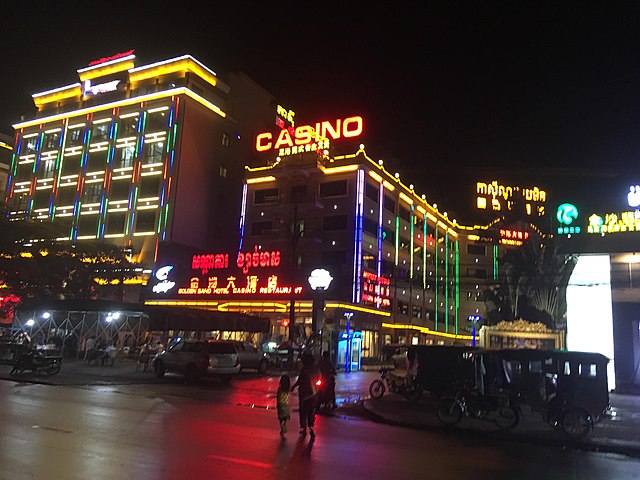 The Cambodian casino metropolis of Sihanoukville has become a hub for fostering the country’s transnational human trafficking crisis driven by cyber frauds. (Photo: Christophe95, Wikimedia, License)The 15 Malaysians arrived in Kuala Lumpur last week from the Cambodian capital Phnom Penh. The rescues came amid a nationwide crackdown by the Cambodian police last week into cybercrime compounds suspected of trafficking people from all over Asia to work in illegal gambling and financial scam operations.

These people usually come to Cambodia from countries such as Vietnam, Thailand and Malaysia with the promise of high-paying jobs, often advertised on social media; however upon arrival will find themselves captives forced to scam people online in cryptocurrency-fueled transactions, sometimes at the threat of violence.

According to advocacy group Global Anti-scam Org, the semi-legal businesses that have set up these cyber fraud operations are largely Chinese owned and operated.

The Malaysian foreign ministry said that in addition to Cambodia, their embassies in Laos, Myanmar, and Thailand received reports of 301 people trapped by the fraudulent job offer networks to date.

With last week’s operation, over half of these victims have been rescued and returned home, 34 are being held in immigration detention, and the remaining almost hundred people are still being tracked down in the countries concerned.

“KLN (Ministry of Foreign Affairs Malaysia) through the Malaysian Representations abroad will continue to commit and intensify efforts to rescue the victims, thereby allowing them to return home safely,” the Southeast Asian nations’ press release said.

In April a similar rescue operation returned 16 Malaysians home, who were being held by human traffickers in Sihanoukville, Cambodia’s famous party city known for being a gambling and transnational organized crime hub according to a recent watchdog report.

Similarly the victims were duped by job listings and coerced into defrauding people all over the world. According to Global Anti-scam Org, the passports of the victims are confiscated upon arrival. If they resist, they risk being beaten, starved, and electric shocked.

The most commonly resorted method by the captives, dubbed the “pig butchering” scam, refers to a scammer building a long term relationship with their victim before convincing them to invest money into a cryptocurrency scheme.