Taking a page out of the financial crime enforcements handbook, researchers at the Global Initiative Against Transnational Organized Crime have now started using a new tool to fight wildlife trafficking. 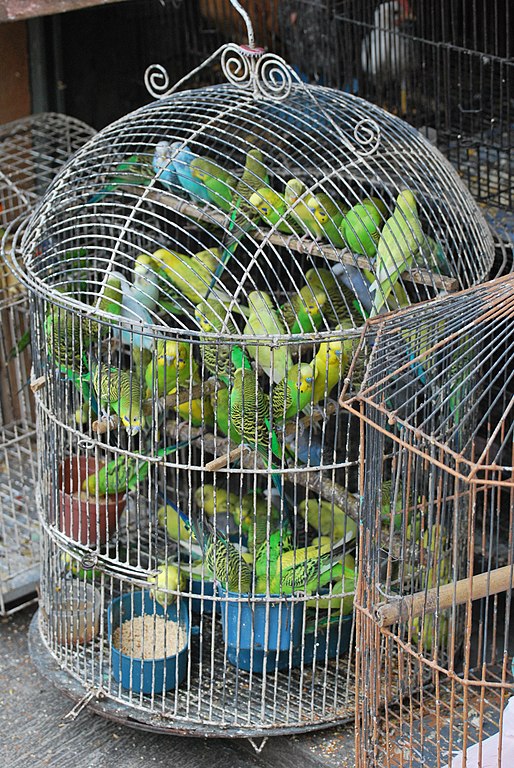 Since the advent of the internet, wildlife trafficking has become an increasingly online trade. (Photo: Krotz, Wikimedia, License)“For several decades, crime typology reports have been successfully applied in the financial industry to assist bank analysts and law enforcement agencies with recognizing incidences of money laundering and terror financing,” said GI-TOC.

Crime typology, refers to a way of categorizing wrongdoing by studying the techniques and methods of criminal activity in an effort to speed up detection of illicit schemes.

“The success of these reports in the fight against financial crimes has led us to believe that they have the potential for a broader application, specifically in the realm of the online illegal wildlife trade where they could be specifically adapted to assist in the development of better means of detection and more effective interventions,” the independent civil-society organization said.

Since the advent of the internet, wildlife trafficking has become an increasingly online trade, where enforcement is difficult. When a trader is banned from one platform, he may just as quickly pop up again on a different one, or even the same under a different name.

Typological methods allow enforcement officers to categorize the language and methods used by traffickers to begin to identify when a post is that of an already banned user now operating under a different name, or if a seemingly legitimate post is using code and dog whistles to bely a more nefarious product.

“The fact that illegal wildlife traders have begun utilizing surface web platforms to sell their products is evidence of the poor detection and enforcement capacities of law enforcement agencies, and the insufficient internal controls of the private companies that run the platforms,” said GI-TOC.

“Because the online illegal wildlife trade is a low political priority and the terms of service of some social media platforms hamper police investigations, criminals are online but the police are not. Wildlife crime therefore offers high rewards with little risk,” it explained.

Typologies could improve responses to the online illegal wildlife trade and establish a regular communication between experts and tech companies which will need help understanding the evasion techniques used by illegal traders. These include using emojis, hashtags and text within images to evade automated word searches.

“Since it is unlikely that a single tech firm or law enforcement agency could maintain comprehensive knowledge of the planet’s wide range of flora and fauna and their associated illicit trade dynamics without incurring considerable cost, wildlife typology reports produced by a pool of experts will allow tech platforms to combine their resources to efficiently track methods, techniques, schemes and instruments used by online wildlife offenders,” GI-TOC said.