A Honduran court sentenced the country’s former first lady on Wednesday to over 14 years in prison and fined her 13,812,848 lempiras (US$558,232) for fraud and misappropriation against the state. 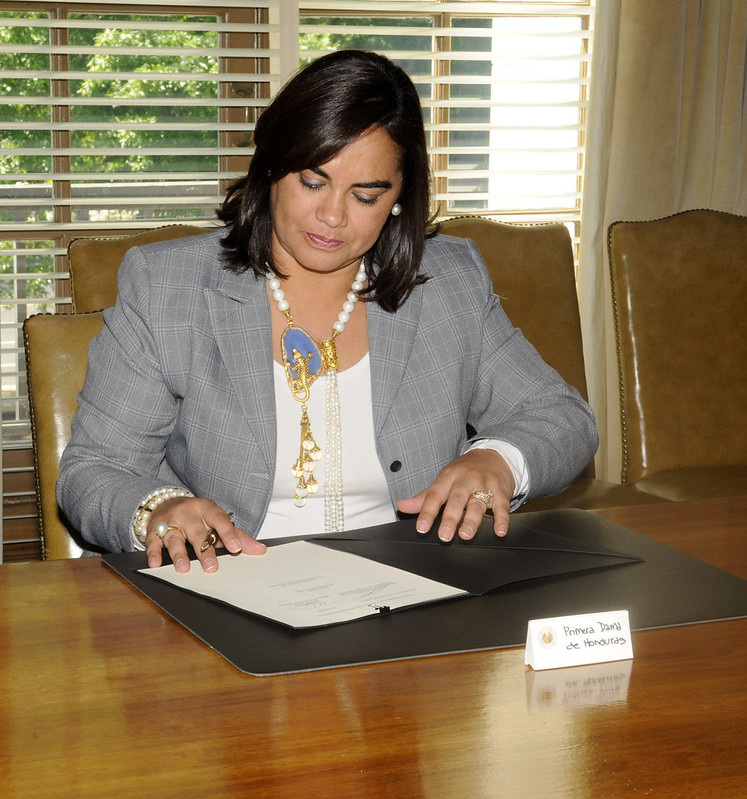 Rosa Elena Bonilla, former first lady of Honduras, was sentenced Wednesday to 14 years in prison for fraud and misappropriation. (Photo: Patricia Leiva/OAS, Flickr, License)Rosa Elena Bonilla, first lady to ex-Honduran president Porfirio “Pepe” Lobo Sosa during his time in office from 2010-2014, stole over 12 million lempiras ($484,968) from the country’s Office of the First Lady account and deposited it in her personal account shortly before her husband’s term ended.

This marks the second time Honduran prosecutors have managed to have Bonilla convicted of this offense. She was initially sentenced in 2018 to 58 years in prison, but the courts annulled the original decision in 2020 due to irregularities during the trial and so it was ordered to be repeated.

Meanwhile, her former private secretary, Saúl Escobar, was sentenced to over six years in prison for misappropriation and must pay the same fine.

Organized crime, corruption, and tragedy have engulfed the Lobo family in its dark shadow these past few years, however hard they have tried to escape the consequences of their actions.

In July 2021, Bonilla, her husband, and their children were barred from entering the United States due to the family’s “involvement in significant corruption,” the State Department said. Primarily, the ban stemmed from suspicions that Lobo had accepted bribes from the Cachiros narco-trafficking organization in exchange for political favors.

Their son, Fabio Lobo, himself had established personal ties with Los Cachiros and was sentenced in 2017 to 24 years in prison for drug trafficking.

“By his own admission, Fabio Lobo conspired to import huge quantities of cocaine into the U.S.,” said Acting Manhattan U.S. Attorney Joon H. Kim. “To assist traffickers and enrich himself, Lobo used his father’s position and his own connections to bring drug traffickers together with corrupt police and government officials.”

And in July earlier this year, Bonilla’s son Said Lobo was gunned down in what clearly appeared to be an organized killing. Multiple assailants, disguised as police officers and armed with large caliber weapons, stormed an underground parking lot and proceeded to massacre four individuals, with Said being among the casualties.

Bonilla will serve 14 years, one month, and five days in prison for her crimes.