After major busts riled museums in the U.S., France and Germany, an accused Lebanese antiquities dealer is trying to plead his case with a slew of documents he posted publicly online. 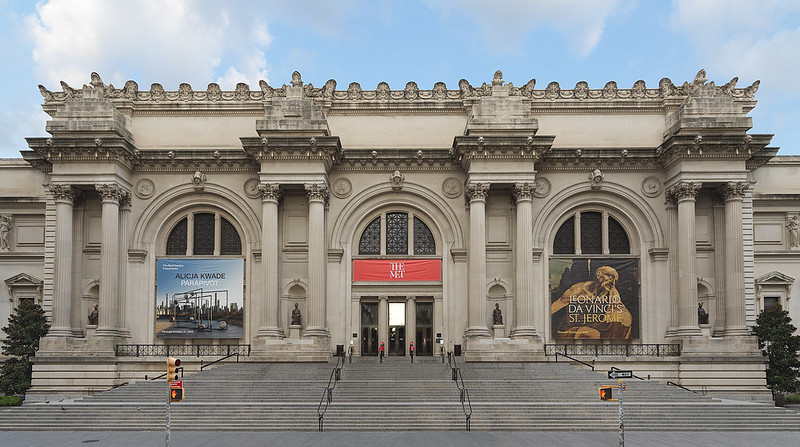 Artifacts acquired by Lotfi had been displayed in museum’s as high profile as New York’s Metropolitan Museum of Art. (Photo: Lucas Ferretti, Flickr, License)Last month, according to the Art Newspaper, U.S. officials issued an arrest warrant for Georges Lotfi, a 81-year-old Tripoli-based antiquities dealer, for his role in trades that resulted in looted antiquities from Egypt and elsewhere in the Middle East ending up in notable museums, including the Louvre, Paris, to New York’s Metropolitan Museum of Art.

Among those artifacts Lotfi had dealt with, were those that ultimately came in to the possession of U.S Philanthropist Michael Steinhardt.

Last year, Steinhardt agreed to a ban on owning anything older than 500 years in a deal to avoid prosecution with New York’s District Attorney. Steinhardt ultimately turned over some $70 million worth of looted antiquities to be repatriated to their countries of origin like Lebanon.

Lotfi also referenced the sale of the in “Veiled Head of Female,” or Madonna, a 3rd century B.C.E Roman bust that was repatriated to Libya earlier this year.

“The veiled-faced Madonna" belongs 100% to an old friend,” Lotfi declared in his public statement, going on to argue that all of his acquisitions were legitimate, in accordance with Lebanese law and international norms.

Ultimately Lotfi claimed that his only mistake was befriending Matthew Bogdanos, the head of the New York DA’s antiquities trafficking unit who has been on a crusade against unscrupulous dealers for the past few years.

“After attacking Mr. Michael Steinhardt, they thought of adding Dr. Georges Lotfi to their hunting list and thus seeing their photos in the newspapers,” Lotfi said in his statement.

The unit’s work has been responsible for a number of high profile repatriations in the last several weeks alone, such as a collection of Roman era statues – known as the Poets and Sirens – which had been held in the Getty museum but were returned to Italy last week.

CORRECTION: Changes made to grafs 3-5 to clarify the stated.