The audit of government payroll by Zambia’s Office of the Auditor General published this week reveals a series of grave misuse of public money including that in 2017-2021, ministries paid more than US$45 million in regular salaries to 9,800 apparently non-existent individuals. 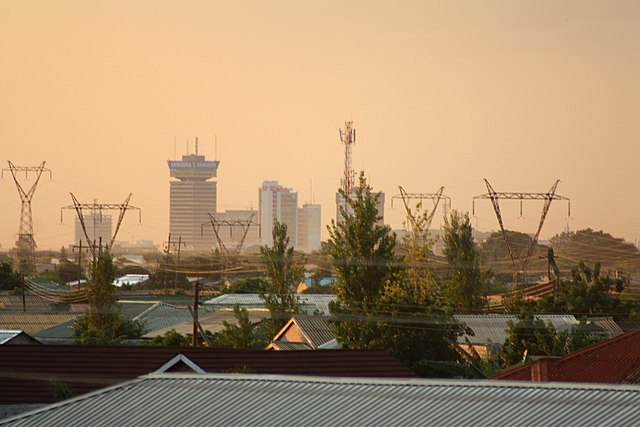 The revelations in Lusaka come amid a deep economic recession, straining Zambia’s public finances. (Photo: Rik Dekker, Wikimedia, License)“As of July 31, the institutions had not accounted for the officers in that they were not known,” said the audit.

“They are names included on a payroll who for one reason or another do not exist,” Laura Miti, Executive Director of Alliance for Community Action, Zambia’s public accountability NGO, told OCCRP.

“It could be that they have died, for example, or just been placed on the list,” she added, suggesting that the money ends up in the pockets of various individuals in the establishment.

Among other instances of embezzlement, the auditors detected 87 individuals who were diverting funds reserved for salary payments to private accounts outside the civil service.

Some officials were paid for periods up to 14 years despite being suspended. Others were receiving excessive unauthorized allowances or, using different employee numbers, drawing double salaries.

“The abuse is monumental,” said Miti, indicating that this could be just the tip of the iceberg, as the audit only covers a random sample of government institutions.

The revelations come amid a deep recession, caused by years of economic mismanagement and excessive borrowing, later exacerbated by the impacts of the coronavirus pandemic.

In response to the crisis, the government was forced to adopt austerity measures, implementing huge cuts to public services. Between 2019 and 2021, social spending fell by 21%.

“The payroll fraud is especially considerable in a country with such high levels of unemployment, shortage of critical staff and budget deficit on all service delivery,” said Miti.

President Hakainde Hichilema, who swept to power last year, pledged to revive the country’s economy and wage a war on corruption.

However, anti-corruption investigations that followed, targeting many top officials from the former government, have drawn criticism for being politically motivated.

“The main test will be whether current and ongoing corruption will be investigated and punished with as much passion as retrospective corruption,” said Miti.