A Swiss prosecutor in a landmark bribery case accused billionaire mining investor Beny Steinmetz and two associates of being “caught with their hands in the jam jar” as an appeal hearing enters its third day in Geneva. 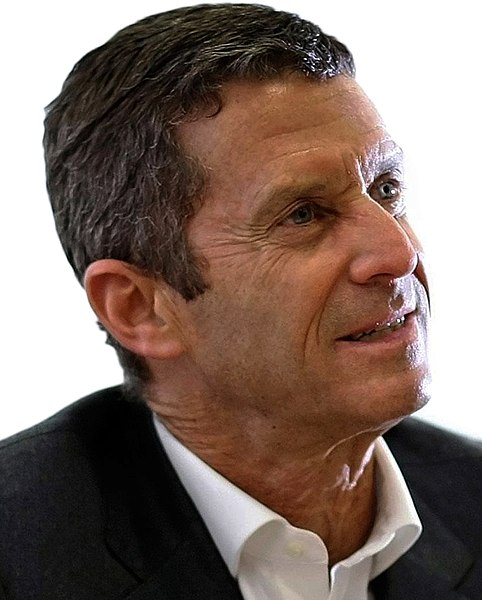 Beny Steinmetz (Photo: Avimagen777, Wikimedia, License)Last year Steinmetz was convicted of bribery, along with his partners Frederic Cilins and Sandra Merloni-Horemans, over his company’s 2008 acquisition of rights to exploit the world’s largest untapped iron ore deposit in the West African nation of Guinea. All three are appealing the verdict.

Cilins faced on Tuesday a tough series of questions as prosecutors probed his role in a scheme to bribe Mamadie Touré, the wife of late Guinean dictator Lansana Conté, to obtain the iron ore licenses.

Cilins was the key middleman for Steinmetz’s company Beny Steinmetz Group Resources (BSGR) and has already served a two-year sentence in the U.S. for obstruction of justice related to the Guinea case. He was arrested in April 2013 after being secretly recorded offering Touré millions of dollars to lie to the FBI and to allow him to destroy contracts that showed Touré would help obtain the mining rights.

In Geneva Cilins argued the contracts with Touré were legitimate and said Touré had forged other documents to blackmail BSGR. This argument was unsuccessfully made in a separate case in London, which BSGR lost.

After Cilins claimed Touré did not qualify as one of his “local partners”, Swiss prosecutor Yves Bertossa asked why a February 20, 2006 contract between Cilins’ company Pentler and Touré stated Touré would hold five percent of the iron ore project as a “local partner”. Cilins said the document was poorly worded “at a legal level”.

“Doesn’t a corruption contract essentially constitute proof?” Bertossa earler asked the court. “We have all the evidence… We only lack a video showing the briefcase of cash.”

Next up for cross-examination on Wednesday is Merloni-Horemans, who at the January 2021 trial insisted on her administrative, rather than decision-making, role. Then, it will be the turn of Steinmetz, who was sentenced to five years in jail and fined 50 million francs (US$56 million).

Mark Pieth, Professor Emeritus at the University of Basel and President of the Swiss anti-corruption group Basel Institute of Governance, told OCCRP the “substantial payments of damages” made Steinmetz’s guilty verdict “the most spectacular” foreign bribery conviction ever issued to an individual in Switzerland.

Steinmetz remains free while appealing his sentence. Even if he loses this appeal, he can still take the case to the Tribunal Fédéral, Switzerland’s highest court.