The leader of a Baltimore street gang with multiple murders under his belt pleaded guilty Friday to racketeering and drug conspiracy charges that could see him spend the next 40 years behind bars. 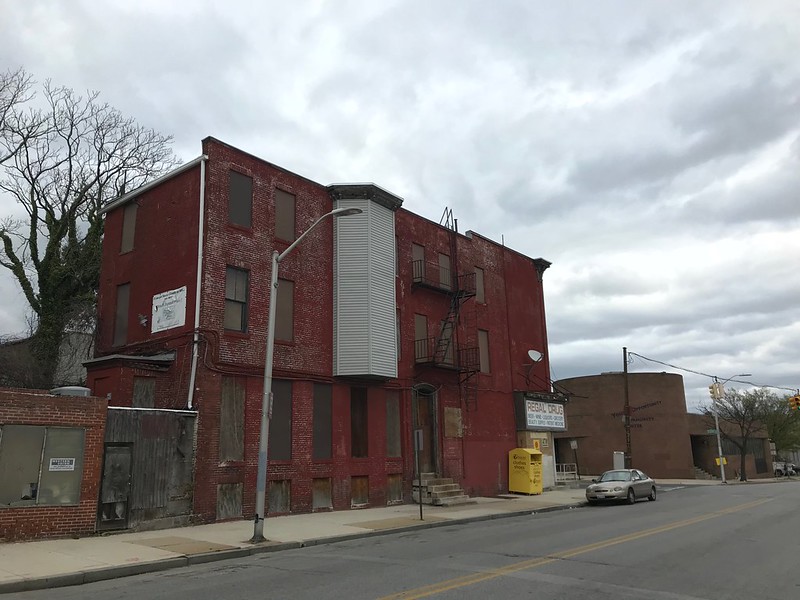 Historically, Baltimore has suffered far more from violent crime and drug trafficking compared to other U.S. cities. (Photo: Eli Pousson/Baltimore Heritage, Flickr, License)Trayvon Hall, a.k.a. ‘Tru’ and ‘G Tru’, is the leader of the Eight Tray Gangsta (ETG) Crips. The gang, which traces its lineage to Crips founded in California in the 1970s, has controlled large swaths of the Baltimore drug trade for roughly 20 years.

Hall, 31, has spent a significant portion, if not all, of his adult life fully immersed in the street gang ethos. This includes the trafficking of heroin and crack cocaine, armed robberies, and countless acts of violence.

Since 2013, he led the ETG Crips on violent crusades against rival gangs, both for street cred and to expand his own gang’s criminal interests in the city, according to the U.S. Department of Justice (DOJ).

From May to November 2016, for instance, Hall conspired with his fellow gangsters to murder members of the Black Guerilla Family (BGF), a rival organization in the Baltimore drug trade.

In June, the gang set out to kill two BGF members, but instead murdered two unrelated victims who were in the wrong place at the wrong time. By the year’s end, Hall personally shot at least four other rival gang members, two of which died from their wounds.

Immediately after a shooting in November 2016, Hall sent a series of text messages which read “Jus bashed the monkeys [the BGF]” and that they “Wasn’t exspecting me be out early lmGCao [laughing my Gangster Crip ass off].”

Hall also led violent turf wars from July 2017 to July 2019, where he and his ETG Crips sought to eliminate the Abington Avenue drug trafficking organization from the Baltimore drug trade.

Directed to move in on Abington Avenue’s drug corners, the ETG Crips emphasized violence and retaliation to enforce their new boundary lines against the city’s other street gangs. In his guilty plea, Hall admitted that he personally opened fire on multiple Abington members in July 2018, killing at least one of them in the act.

Historically, Baltimore has suffered immensely from high levels of violent crime when compared to other U.S. cities.

Despite the fact that Baltimore’s population has consistently regressed since 2015, the city’s homicide rate has remained consistent at over 300 murders per year, the overwhelming majority of which stem from shootings.

Baltimore currently stands at 235 murders for 2022 and is once again on pace to eclipse 300 by year’s end.

Due to several factors, including public mistrust of the police and fear of gang retaliation, it is difficult for city authorities to convince victims and witnesses to come forward and help bring investigations to a close.

Hall perpetuated this stereotype when he and other ETG members conspired to murder a individual whom they believed cooperated with police. He also also threatened a witness who testified against one of his subordinates in a state murder trial.

Officials at the DOJ, Maryland Attorney General’s Office, and Baltimore PD did not comment when asked by OCCRP what impact, if any, Hall’s incarceration could have on Baltimore’s historically high levels of drug trafficking activity and gang violence.

Should the court accept Hall’s plea agreement, he will serve the next 40 years behind bars in federal prison.