Former Pakistan Prime Minister Imran Khan was charged Sunday under the country’s anti-terrorism act for making threatening statements against senior judicial and police officials whom he blamed for torturing his chief of staff. 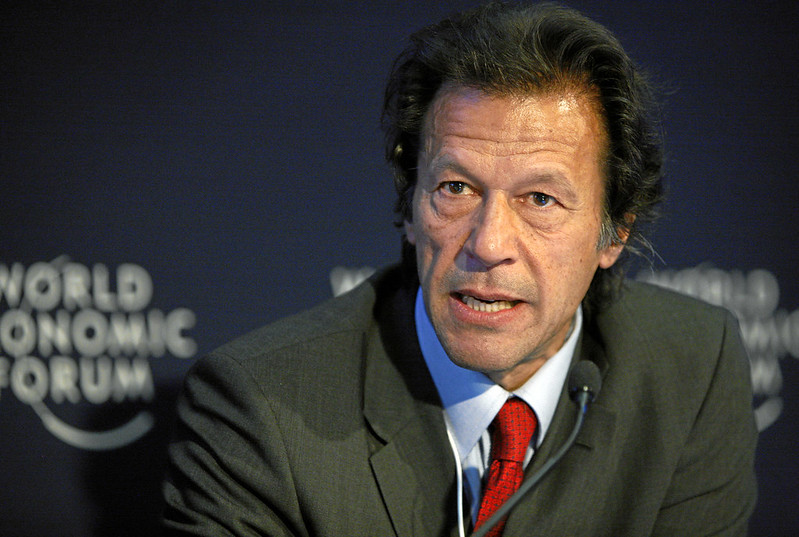 Former Pakistan prime minister Imran Khan was charged Sunday under the country’s anti-terror act for threats made against senior state officials. (Photo: Jolanda Flubacher/World Economic Forum, Flickr, License)According to a police report a Pakistani journalist tweeted, Khan made explicit threats at a public gathering on Saturday towards members of the judiciary and police whom he believes responsible for the arrest and mistreatment of his senior aide, Shahbaz Gill.

Gill, who served Khan as a cabinet minister during his time in office from April 2018 to August 2022 and is presently his chief of staff, was arrested on Aug. 9 on charges of sedition. Allegedly, he attempted to incite rebellion within the military by calling for officers to defy orders handed down from the top brass.

Reports of torture against Gill surfaced soon after — treatment which the former PM immediately condemned. He also accused the individuals who orchestrated it of being corrupt.

During Khan’s address to the crowd Saturday, he vowed that he would not spare those behind his aide’s mistreatment and promised that they would eventually face charges of their own.

As the former PM’s speech was being live streamed, the independent and constitutionally established Pakistan Electronic Media Regulatory Authority briefly censored the country’s access to YouTube in an effort to contain his rhetoric.

In its justification to ban the broadcasting of his speech, the regulatory body stated that Khan had spread baseless allegations in an attempt to undermine the public’s confidence in its state institutions and officials.

Khan has made waves in Pakistan’s government since he suffered a crippling defeat back in April, when he faced a no-confidence vote at the hands of the country’s National Assembly.

His administration originally attempted to block the vote, citing “foreign interference”, but these efforts were ultimately overturned.

Rather than face the vote, Khan instead manoeuvred to dissolve parliament and hold fresh elections, but this was ruled by the Supreme Court to be unconstitutional in a 5-0 decision.

The vote proceeded on April 10, which resulted in 174 lawmakers out of 342 calling for Khan’s dismissal, meaning he lost by the slimmest of margins.

No prime minister in Pakistan has ever fully completed their five-year term since the country attained its independence in 1947.

Since his ousting, the former cricket star turned politician has voiced his discontent at the country’s new leaders and he has also vowed to make a political comeback. But through his country-wide rallies, the former PM may have taken it a step too far.

The report against Khan concluded that his threats against senior police officials and Additional Sessions Judge Zeba Chaudhry were intended to terrorize them into not carrying out their legal obligations, local media said.

Islamabad authorities subsequently denounced the former PM’s comments and stated that anybody “threatening the police or making false accusations will be dealt with according to the law,” according to Al Jazeera.

But despite the fact that the report calls for his arrest, Khan for the moment remains free and has not surrendered himself into police custody.

Instead, the Islamabad High Court temporarily granted him protective bail until Thursday, at which point he must appear before the country’s anti-terrorism court.