El Salvador has detained more than 50,000 suspected members of organized crime groups since a state of emergency was declared five months ago, prompting lawmakers to extend it until September 20. 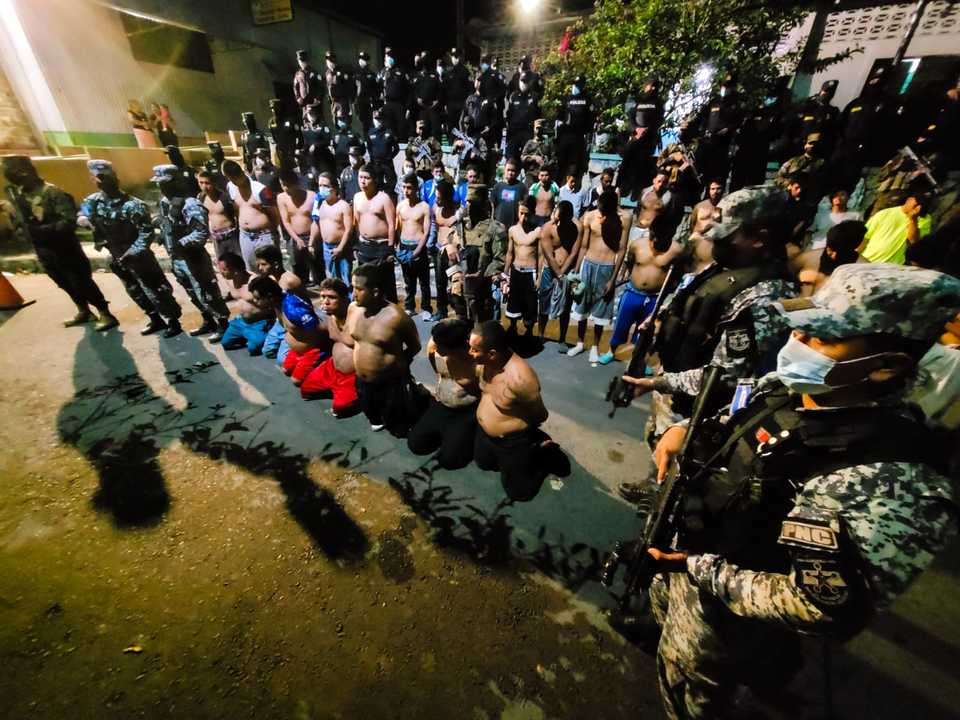 “We want to report that we have already reached 50,000 detainees,” National Civil Police Director Mauricio Arriaza Chicas told the parliament before asking the body to extend the state of emergency for the fifth time this year.

The 66 votes "for" were enough to approve a new extension.

“The voice of the caucus is not that of the lawmakers, but of all the Salvadorans who have been murdered and of the thousands families that were separated,” deputy Marcela Pineda said. “We represent the clamor of people for whom it was normal to pay extortion for decades,” she added.

Minister of Security Gustavo Villatoro said he believes the results of the state of emergency were extraordinary. “We have had a strong impact on these terrorist structures,” he added.

A Salvadoran organization that defends the interests of the consumer products sector recently reported that extortions of retail stores have been reduced by 80%.

However, researcher of the University Observatory of Human Rights (OUDH) Natalia Ponce suggested that lawmakers should have annulled the state of emergency in order to restore the suspended procedural guarantees and fundamental rights.

According to the Central American University, thousands of people reported illegal and arbitrary detentions, yet nearly 90% of Salvadorans believe that the state of emergency has been useful in reducing crime.

So far, Salvadoran judges have released over 600 suspects, while some 44,000 have been detained after prosecutors presented enough evidence. The rest of the detained are waiting for court procedures.

El Salvador declared a state of emergency and a war against criminal groups in March after a particularly bloody weekend that took more than 80 lives, making it one of the deadliest since the country’s civil war ended in 1992.