The notorious Russian mercenary group PMC Wagner, or the Wagner Group, has started recruiting prisoners from the St. Petersburg region, promising them salaries and amnesty if they join them in “fighting the Nazis” in Ukraine, a Russian independent media outlet reported. 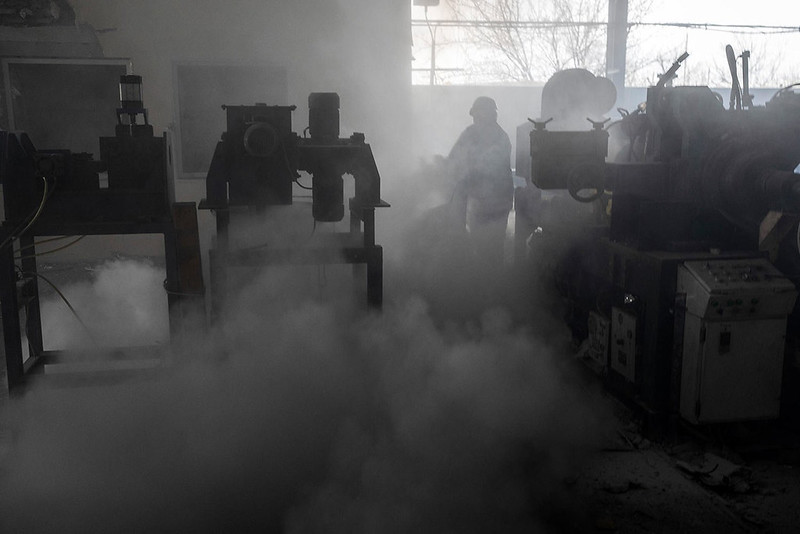 Notorious Russian mercenaries offer money, amnesty to convicts if they go to Ukraine to fight for six months. (Photo: manhhai, Flickr, License)“The ‘volunteer’ is offered 200,000 Russian rubles (US$3,155) and amnesty for six months of service. If he returns alive,” OCCRP partner IStories reported.

If they do not survive the Ukrainian war, their families will be compensated with five million rubles ($79,113), according to the report.

Relatives of the convicts from several St. Petersburg penitentiary colonies, such as IK-7 Yablonevka and IK-6 Obukhovo, claim that the Wagner people were visiting those prisons, offering the convicts a deal.

“On Friday evening, the so-called checkers arrived in Yablonevka and spoke to the convicts, pushing them to get up and ‘protect the Motherland’,” a relative of a convict told IStories, adding that another prisoner said that if they accept the deal, they will be escorted to Donbas.

Once they reach Ukraine, the volunteers will have a difficult task: “To detect Nazis, who are difficult to detect, as they’ve been well trained.”

The prisoners were also told that they would be at the forefront and that, therefore, “not everyone will return.”

Allegedly, some 200 convicts were interested in joining the mercenary group, but some 40 of them signed up at the end after passing strict tests, including a lie detector test.

“If the worst happens, I will earn you an apartment,” an inmate told his close family. He said he was considering accepting Wagner’s offer, which would also include the erasure of his criminal record.

He allegedly changed his mind since his family strongly opposed the proposal.

The media said that the mercenaries’ representatives have some sort of a schedule to visit more penitentiary colonies in the near future, in search for fighters against “Nazis”. It also said that the convicts’ relatives demanded a meeting with the Yablonevka colony commander, to get more information, but that he refused to meet them.

The Wagner Group is thought to be headed by a close friend of President Vladimir Putin – Yevgeny Prigozhin, a restaurant and catering businessman, also known as “Putin’s Chef”.

The group rose to notoriety during the first Russian attack on Ukraine, where it assisted separatist troops of the self-proclaimed Donetsk and Luhansk People’s Republics from 2014 to 2015.

Russian mercenaries within the Wagner Group, also known as Putin’s Army, are believed to be involved in numerous fights, including severe atrocities, in Libya, Central African Republic, Syria and Mali.