For Latin American cartels looking to peddle their cocaine into European markets, Turkey is poised to be the next major transit point, according to a new analysis by Insight Crime. 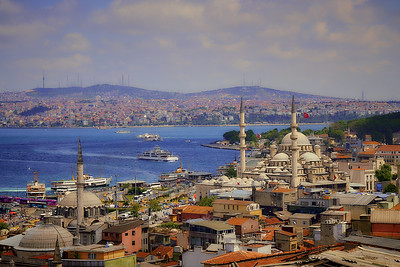 In recent years, kilos upon kilos of cocaine have been seized making its way in and out of Turkey. (Photo: Pedro Szekely, Flickr, License)“While still secondary players in Europe compared to the Italian and Albanian mafias,Turkish networks have taken the lead in supplying the world’s smaller but developing cocaine markets, pushing South American powder into eastern Europe, the Caucuses and the rich petro-states of the Persian Gulf,” the report said.

According to Insight Crime, there are a number of factors that make Turkey well suited to become a major player in the trade.

One is experience. Turkish organized crime has long been a leader in the heroin trade, pioneering the so-called “Balkan Route” that today shuttles the bounties of Afghanistan’s poppy fields all the way to Europe.

“Since the 1960s, Turkish traffickers have dominated the global heroin trade, establishing both deep corruption webs at home and a criminal tapestry of port contacts, logistics networks and distribution gangs across Europe,” the report said. “By the 1980s, this had consolidated into the so-called “Balkan Route”: a modern multi-branched Silk Road that transported opiates from Afghanistan and Iran, through the Turkish land mass and into Europe via the Balkans.

A second factor is their connections. After the Balkan route coalesced in the 80s, Turkish organized criminals came into contact with their Latin American equivalents, building a flourishing barter economy of heroin for cocaine.

“While the Turks may not have had the long-standing local connections enjoyed by the Italian mafias, their superb maritime transport infrastructure meant they did not need to outsource smuggling and could ship their own cocaine to Europe,” the report explained.

A third was growing demand for the drug in neighboring regions.

“Closer to home, by the mid-2010s, the modest cocaine market was growing in the Middle East, with seizures noticeably increasing in nearby Syria, Lebanon and Israel, and doubling across the region in 2016,” said the report.

Over time, militant groups with strong presences in Turkey, such as the Turkish nationalist “Gray Wolves” and Lebanese Hezbollah, have also found themselves with presences in Latin America, working to make the cocaine trade another funding source for their operations back home.

Since then, kilos upon kilos of cocaine have been seized making its way in and out of Turkey.

“Turkish and foreign law enforcement have seized record quantities of cocaine heading from South America to Turkey, revealing the growing role of the country’s powerful traffickers in the transit of drugs to European and Middle Eastern markets,” Insight found.