While investigating money laundering linked to the funding of Russian occupied territories, Ukrainian authorities said they discovered a trove of ancient Scythian weapons believed to have been looted from museums in occupied Crimea, Ukraine’s general prosecutor revealed in a statement on Friday. 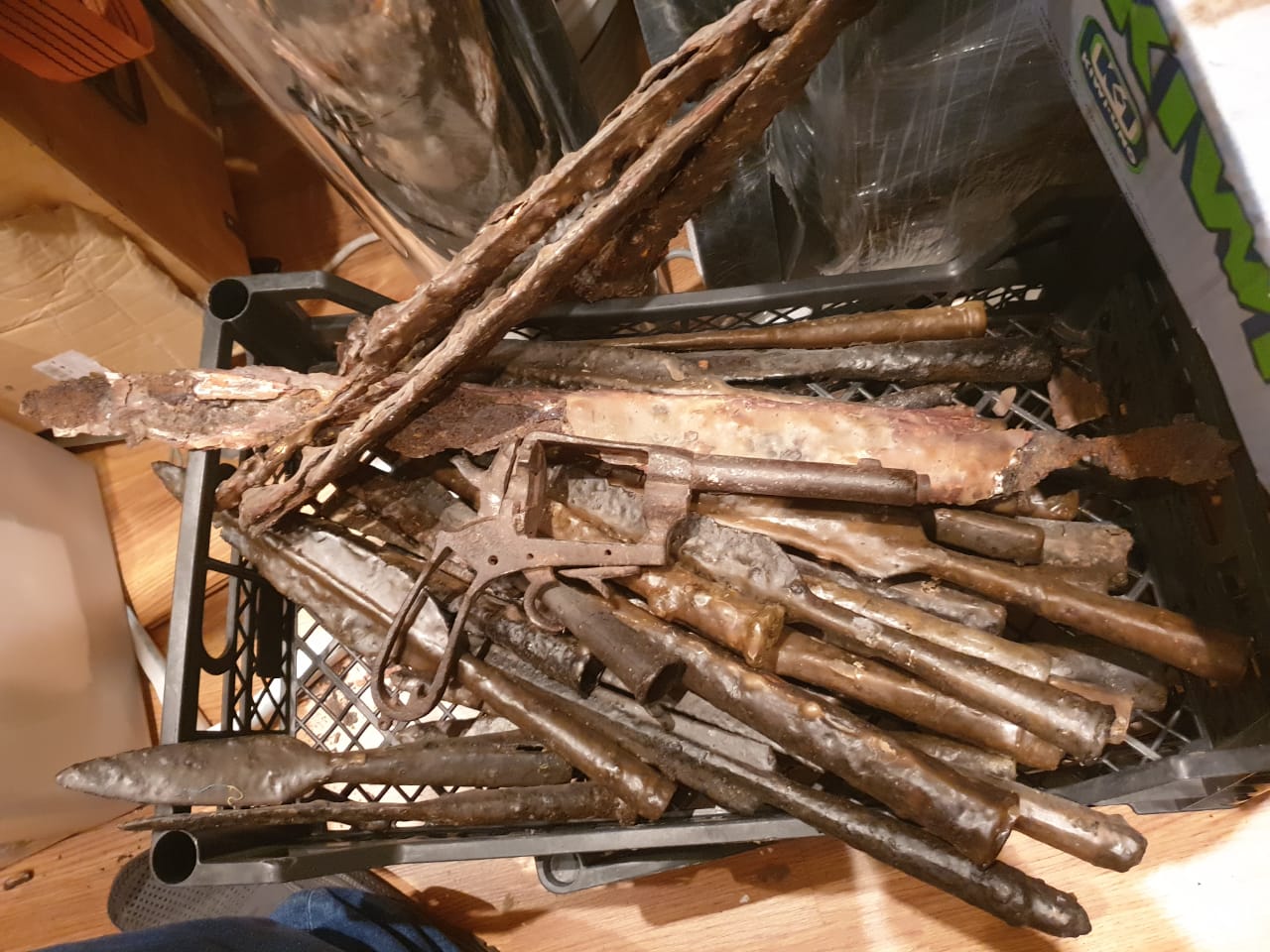 The looting of Ukraine’s Cultural Heritage by Russian forces has been a particular fear since the start of the war in January. (Photo: Ukraine's General Prosecutor's Office)“The investigation identified a group of people involved in illegal activities related to the financing of the [Donetsk People’s Republic], the withdrawal of funds from Ukraine to the Russian Federation, as well as doing business in the occupied Crimea,” the statement said.

“As part of the criminal investigation, law enforcement officers searched one of the members of the group, during which documents were found regarding the movement of funds at enterprises - cafes, nightclubs and other establishments located in the occupied Autonomous Republic of Crimea and which he directly manages,” it explained.

Also found in the Kyiv office was a massive amount of historical artifacts, valued in the millions.

It included Scythian swords Akinaki, knives, helmets of the Hellenistic era and dishes of Trypillia culture were discovered, according to the statement.

“In addition, during the search, an ancient book "Sarcophagi of Gaul" was seized, which was an exhibit of the Russian Archaeological Museum of Constantinople, and then part of the library of the Chersonese Museum in the temporarily occupied Crimea,” the statement said.

Authorities also seized a collection of more than 2,500 coins from the now Russian occupied southern Black Sea coast from the times of the Scythian and Bosporus Kingdoms.

In all, more than 2,000 looted artifacts stretching from the Bronze Age to the late Middle Age were uncovered and transferred to Ukraine’s National History Museum for safekeeping.

The illegal antiquities trade is a multi-billion dollar global industry according to a 2018 report by Standard Chartered Bank. Looting of cultural property from active war zones is considered a war crime under the 1954 Hague Convention.

The looting of Ukraine’s cultural heritage by Russian forces has been a particular fear since the start of the war in February, with museum curators scrambling to safeguard their collections.

Russian soldiers had previously been caught engaging in looting in Syria, as well as Eastern Ukraine and Crimea since 2014.