While small arms like pistols and assault weapons such as AR-15 dominate debates around gun control and the illegal firearms trade, a disturbing trend is showing another type of weapon proliferating worldwide – shoulder mounted surface to air missile launchers. 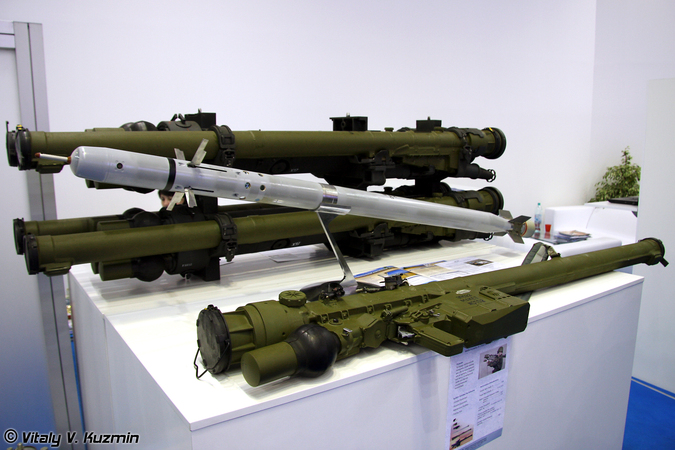 A majority, around 74%, of the weapons were found in the Middle East and North Africa Region. (Photo: Vitaly Kuzmin, License)Arms traffickers have been supplying non-state actors worldwide with weapons known as MANPADS – short for Man-portable air-defense systems. There has been a global campaign to curtail their accessibility, since terrorists used them in 2002 to fire on an Israeli airliner departing Mombasa to Tel Aviv as part of spate of attacks throughout the city that day.

“The passengers on flight 582 were not the only ones shaken by the attack,” a 2013 report, chronicling ten years of efforts to get them out of dangerous hands, explained.

The near miss in Mombasa was a “wake-up call” for governments worldwide, many of which had failed to recognize that poorly secured and unsecured man-portable air defense systems (MANPADS) pose a special threat to commercial aviation—and thus to the global economy.

Nonetheless, they are still widely available, a report published this month by the Small Arms Survey found.

“The Small Arms Survey has identified reports of illicit MANPADS in 32 countries and territories on five continents since 2011,” it said. “These reports include imagery of dozens of advanced (third and fourth generation) systems acquired by non-state actors ranging from pro-Russian separatists in Ukraine to ethnic armed groups in Myanmar.”

A majority, around 74%, of the weapons were found in the Middle East and North Africa Region, and while the most are Soviet-made models, others originating from China and North Korea have shown up everywhere from Libya to Gaza.

In particular, so called QW-18 pattern models are believed to be being proliferated by Iran to their backed groups such as Hamas and Hezbollah.

“While conclusively linking individual illicit MANPADS to Iran is difficult, evidence gathered by UN investigators and images posted on social media point to the Iranian government as the source of many of the QW pattern systems,” the report said.

It noted that UN investigators had identified Iran as the most likely source of QW-18 pattern MANPADS and other weapons found on the Jihan, a ship intercepted off the coast of Yemen in 2013. The U.S. government and analysts from Conflict Armament Research also concluded that Iran was the source of the shipment.

The Small Arms Survey called for international effort to curtail the continued proliferation of the deadly weapons, stressing the importance of stockpile security, export controls and prohibitions on transfers to non-state actors.

“The continued proliferation of MANPADS poses an acute threat to military and civilian aircraft,” it said. “Attacks on civilian planes have decreased significantly in recent years but that could change quickly and without warning: in many parts of the world, violent actors have access to MANPADS, and these systems are easily smuggled across borders and transported to attack sites.”

“The need to curtail the illicit proliferation of MANPADS will become more pressing as increasingly capable systems are fielded,” the Small Arms Survey said.