Iranian Poet Says Tehran has Threatened her for her Art

A female Iranian singer and poet told OCCRP she is still living in fear even though she fled her country to avoid prosecution after she wrote and performed a song with international artists about the need for people to help each other during the pandemic. 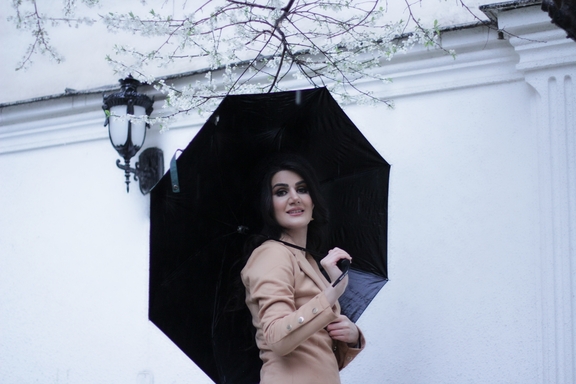 Sahar Ajdamsani, Iranian poet. (Photo: private)Sahar Ajdamsani, 26, an award winning artist and singer, was summoned last year by the Iranian Ministry of Intelligence over her collaboration with 10 artists from around the world who together recorded a song called "Quarantine World".

For decades Iran has censored music and art and arrested hundreds of singers, musicians and artists under notorious morality laws targeting women and minorities, according to Human Rights Watch.

Officials requested Ajdamsani’s arrest but she fled last October to Erbil in the Kurdish-dominated part of neighboring Iraq.

"A case was filed against me after my collaboration with world renowned artists to record the song 'Quarantine World' with my own lyrics in Farsi and recorded in 11 languages," Ajdamsani, told OCCRP.

New York-based PEN America — working to defend and celebrate free expression worldwide - said it was  concerned about the safety of the exiled singer.

"At only 26 years old, Sahar is an incredibly talented and courageous artist and activist who has dared to use her voice to call for peace and advocate for human rights – despite coming from a country where women are not allowed to be artists," said Julie Trébault, director of the Artists at Risk Connection PEN America.

"She has put her life and freedom at risk by freely expressing her belief in human rights and solidarity with artists worldwide who are devoted to the cause of freedom and dignity for all," Trébault said, adding that PEN America remains "quite concerned about her safety and her rights to free expression as she remains exiled from her Iranian homeland."

Just before leaving for the Genoa International Poetry Festival, Ajdamsani said that her situation improved but that she still has a long way to go.

"I am in a state of fear, I remained disconnected from my family for the past two months and faced psychological issues," she said, calling the past period of her life "a nightmare."

According to PEN America’s Freedom to Write Index for 2021, Iranian is the fourth worst jailer of writers in the world.