China’s civil aviation authority has banned from its airspace Airbuses and Boeings which Russia has stolen from international lessors shortly after it invaded Ukraine back in February. 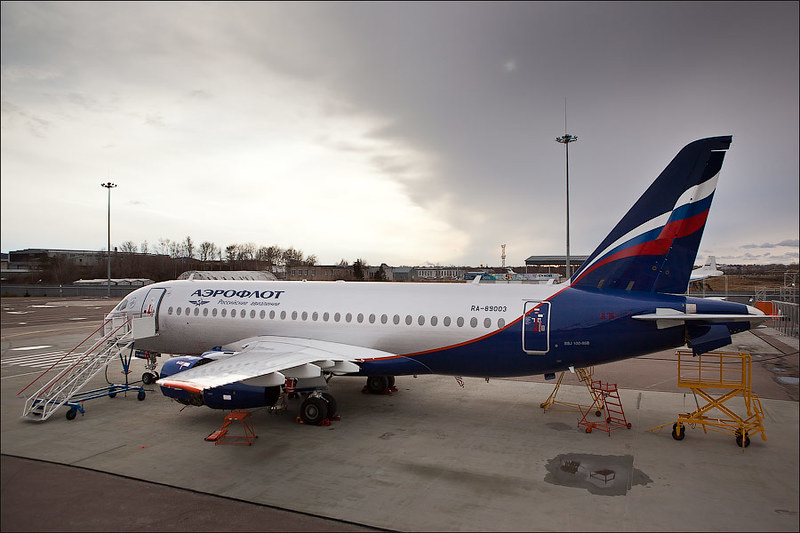 China banned all of Russia’s Airbuses and Boeings from entering its airspace. (Photo: Marat Gizatulin, Flickr, License)The Civil Aviation Administration of China (CAAC) made Monday's decision based on a registration error that has placed the aircrafts’ legal status in limbo.

Essentially, the planes were found to be double registered — originally by their international lessors but again by Russia shortly after the country’s airlines absconded with them back in March.

Russia’s decision to invade Ukraine appears to have backfired on a number of fronts, especially considering the united wave of sanctions levied against them by the global community.

One such sanction from the EU banned the sale of aircraft and parts to Russian companies, denied access over EU airspace for Russian airlines, and called for the repossession of all planes leased to Russia by EU lessors.

In defiance, Russia’s aviation regulator recommended on March 5 that all Russian airlines with planes leased from foreign carriers, and not registered in Russia, return home immediately and not land anywhere overseas, lest the aircraft be detained and repossessed.

Before lessors caught wind of the plot, Russia had absconded with over 500 of their aircraft and had them tucked away in Russian hangars, forevermore out of reach. The planes were valued at over US$10 billion.

The Kremlin then sought to laugh in the face of Western sanctions by re-registering the planes under its own flag. But this illegal manoeuvre has created further problems for them.

Until China receives proof that the aircraft in question are now solely registered by Russia, the planes will no longer be allowed to fly over the country’s airspace.

Russia’s airlines are reeling from the ever-augmenting restrictions set against them by the international community in more ways than one.

Deemed persona non grata over the airspace of dozens of countries and denied access to international suppliers for spare parts, Russia appears beset on all sides and left to fend for itself.

So desperate is the country to keep its stolen planes operational that its prime minister, Mikhail Mishustin, lifted last month the safety regulations that outlined that only parts certified by the US Federal Aviation Administration (FAA), the European Union Aviation Safety Agency (EASA) or Transport Canada may be used for maintenance purposes, Aerotime Hub reported.

Additionally, the revisions permitted Russia’s airlines to re-register planes under their own flag, no doubt in an attempt to legitimize the country’s theft of the aircraft from their original lessors.

Mishustin’s actions spawned a number of safety concerns from several aviation institutions. A worst case scenario would see the planes fall right out of the sky due to undermined maintenance standards.

Earlier in April, the EU added 21 Russian airlines to its Air Safety List, effectively blacklisting them from its collective airspace over concerns that they did not meet international safety standards.

Transport Commissioner Adina Vălean noted that politics did not factor into the final decision, stating that “it has been taken solely on the basis of technical and safety grounds. We do not mix safety with politics.”

This blow was just one amongst many that Russia’s airline industry has suffered following the country’s invasion of Ukraine in February.

Additionally, Aeroflot—Russia’s flag carrier—saw its credit score consistently downgraded by the rating agency Fitch from a BB to a B- and eventually a CC, before its rating was withdrawn altogether by the end of March.

The restrictions placed upon the country’s airline sector, against the backdrop of escalating sanctions, “could impose insurmountable barriers to many Russian corporates’ ability to make timely payments” to international creditors, Fitch said in a statement.