A Honduran court approved the extradition of an MS-13 leader to the United States, where he could face a life sentence if convicted on racketeering, murders and other violent crimes in the Washington metropolitan area. 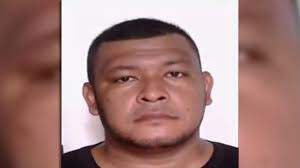 “These crimes were ordered and carried out by MS-13 gang members, some of whom gave their commands from prisons in El Salvador,” Assistant Attorney General Breuer said.

In mid-2008, Ramírez and other gang members are believed to have spotted a member of a rival gang riding a bicycle around their apartment complex in the outskirts of the Washington metropolitan area. The clique leader chased the alleged adversary, ambushed him around a corner of the building and shot the man dead.

Ramírez was arrested last March in Honduras when he was about to score what could be his last goal in a pickup soccer game. Police entered the field, stopped the game and handcuffed him. Shortly after the arrest, authorities revealed he was an active member of the MS-13 gang. His body is covered with gang tattoos.

Ramírez’s lawyer has three days to appeal the extradition. In the meantime the suspect will remain detained near the capital city, Tegucigalpa, waiting to be transferred to the U.S.

This week the Honduran Supreme Court said there are 32 pending extradition requests for drug trafficking. Further extraditions to the U.S. are likely to come.