Dutch police, with support from Europol and German authorities, reported Thursday the arrest of three alleged members of a criminal gang responsible for a bombing spree of multiple ATMs and the theft of almost one million euros. 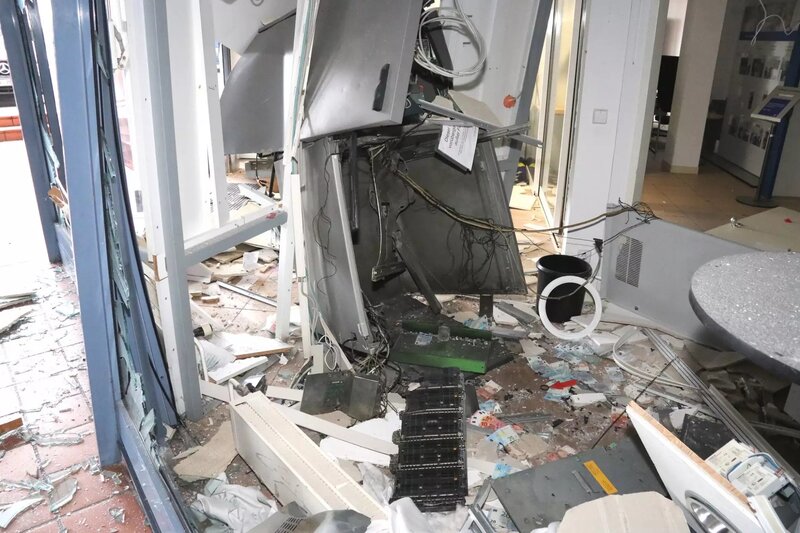 A cash machine destroyed in a bomb explosion. (Photo: Europol, License)Investigators have linked the gang to the bombing of eight cash machines across multiple states in Germany between October and November 2021, as well as the theft of over 958,000 euro (US$1.01 million) in cash, according to a Europol press release.

Because sometimes a hammer can be just as effective as a scalpel, the group’s modus operandi involved arriving at the scene under the cover of darkness—often in stolen vehicles—and using explosives to blow open the ATMs so that they could steal the cash concealed within.

Photos provided by Europol portray multiple crime scenes targeted by the gang that have been utterly obliterated. Shattered glass, destroyed walls, and hazardous debris have rendered each location unsafe for human occupancy.

Also shown are euro bills of multiple denominations scattered across the floor. Using explosives is certainly an effective way to get the police’s attention, which would leave the robbers little time to gather their ill-gotten gains before fleeing.

Investigators report that the explosions caused close to one million euro ($1.06 million) in property damages, more than the total amount of money the suspects made off with from their bombing spree.

After many months of undercover work and tracking the group’s movements, German and Dutch authorities, with help from Europol, located the three suspects in Haarlem and Vianen in The Netherlands. Dutch police carried out the arrests in the early hours of May 17.

A total of six alleged members of the gang have now been arrested, with law enforcement still on the lookout for a seventh.

The three accused are Dutch nationals aged 22, 27, and 28, respectively, according to Germany’s Presseportal.

By virtue of how the ATMs were broken into, authorities noted that the gang demonstrated no concern for the safety and well-being, or even possibility of death, of those who were near the machines at the time of the blast.

In addition to robbery, the 22-year-old and the 28-year-old also stand accused of attempted murder; one of the bombings they are linked to was situated on the ground floor of an apartment complex.

Such criminal activity appears to be becoming a regular occurrence in Germany.

In 2019, Hessian police reported that explosives had been used no less than 53 times in the pursuit of a criminal act, many of which involved the destruction of ATMs.

Although this figure dropped to 30 in 2020, authorities reported a record high of 56 from last year, which amounted to more than one bombing every week.