Alongside the many illegal wildlife parts traded around the world, the trade in Donkey skin – which in some places is legal and others not – is a growing industry facilitated by the lax regulation and moderation of major social media outlets according to a new report by the Donkey Sanctuary. 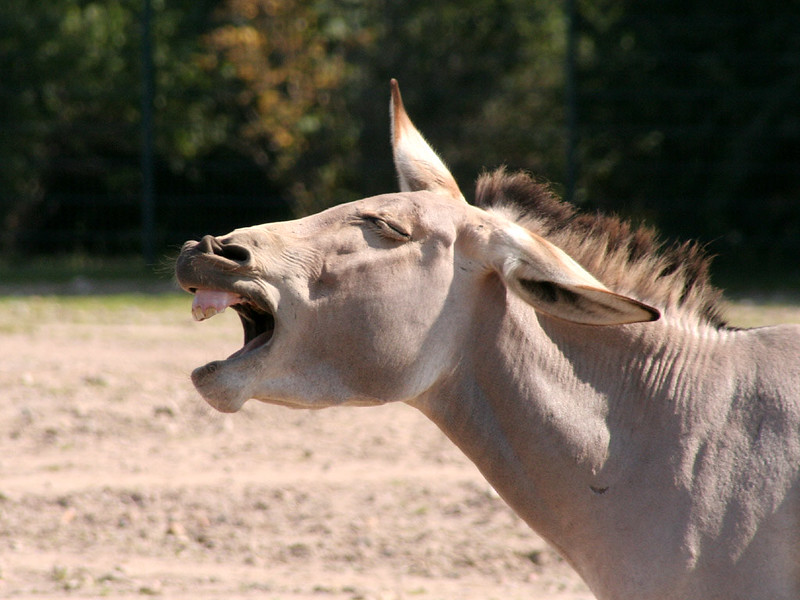 Among the biggest facilitators of the trade is social media, where traffickers often market their goods openly without consequence. (Photo: M Kuhn, Flickr, License)Though the legality of donkey skin trading is varied, it’s often deeply associated with illegal wildlife trafficking, and understanding it provides a window into the same criminal networks which deal in other wildlife parts.

“Selling illegal wildlife products alongside donkey skins enables traders to use a legally complex trade to mask an entirely illegal one – using the donkey skin trade as a Trojan horse,” the report said.

“Far more can and needs to be done to stop the international trade in donkey skins, and to penalize those that operate outside of the law. But while the trade remains legal in some countries and illegal in others, there will always be traders that exploit inherent enforcement challenges, to the detriment of donkeys,” it said.

Among the biggest markets for donkey skins is China, where the hides are made into a gelatin known as Ejiao which is popular in Chinese traditional medicine. The hides are also used to obscure shipments of more illegal animal parts such as pangolin scales.

“This opportunistic and extractive trade has operated under the radar of enforcement bodies for many years, causing immense suffering, depleting national donkey populations and depriving local communities of a precious resource,” the report said. Nevertheless, donkey skin traders and the ejiao producers who drive the global trade in donkey skins operate largely without consequence.

Among the biggest facilitators of the trade are social media, where traffickers often market their goods openly without consequence. Social media platforms provide traders with anonymity and secure communication channels by developing algorithms that connect buyers with illegal traders, the Donkey Sanctuary explained. “In many instances, tech firms operate with impunity and this provides them little incentive to actively combat illicit activity.”

One Nigerian-based trader had over 200 pictures of illicit wildlife parts, including the skins, openly advertised on his Facebook page, the report found. Others were using Youtube, Instagram, Whatsapp and other channels to market their goods.

It’s not an issue unique to Donkey skins. Facebook has long been criticized for being a major facilitator of illegal trade, from wildlife to antiquities and even arms and drugs.