An international media watchdog warned on Tuesday about the “disastrous effects of news and information chaos – the effects of a globalized and unregulated online information space that encourages fake news and propaganda.” 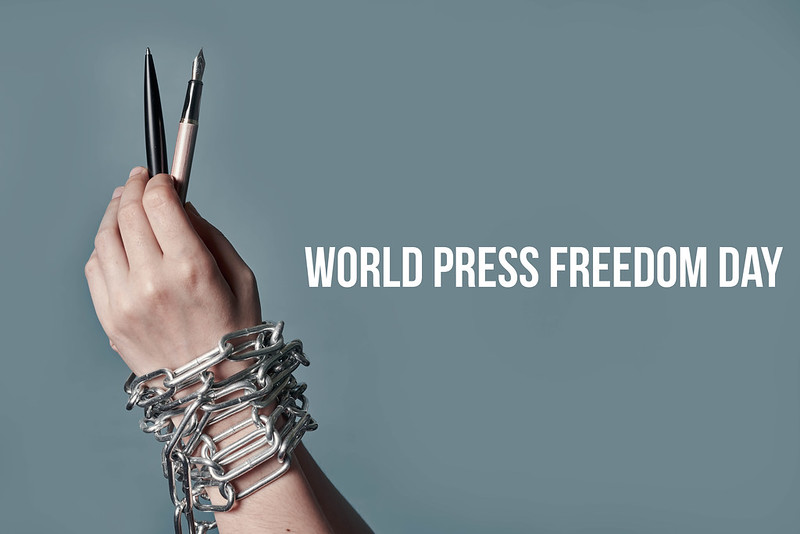 Journalists' jobs are becoming increasingly difficult around the world, and the number of tools used against them is growing. (Photo: Marco Verch Professional Photographer, Flickr, License)Marking World Press Freedom Day, Reporters Without Borders (RSF) published their 2022 World Press Freedom Index that indicates a two-fold increase in polarization exacerbated by information disorder — that is, media polarization fuelling divisions within countries, as well as polarization between countries at the international level.

“Within democratic societies, divisions are growing as a result of the spread of opinion media following the ‘Fox News model’ and the spread of disinformation circuits that are amplified by the way social media functions,” the watchdog said in a statement.

At the same time, the disparity between open societies and autocratic governments that dominate their media and online platforms while waging propaganda campaigns against democracies is eroding democratic institutions around the world.

Therefore, the polarization on different levels is fueling increased tensions, according to RSF.

Assessing the state of journalism in 180 countries and territories worldwide, the World Press Freedom Index showed how the crisis in the world reflects on the media.

While the countries topping the list — Norway, Denmark and Sweden — continue to serve as “a democratic model where freedom of expression flourishes,” in the case of the Russian invasion of Ukraine, according to RSF, a propaganda war preceded the physical one. The Kremlin regime also continued to persecute those media who refused to take part in the propaganda.

Contrary to the ideas of the World Press Freedom day, which the UN declared nearly 30 years ago “as a reminder to governments of the need to respect their commitment to press freedom,” Russia, according to the report, keeps 13 journalists and one media worker in jail at the moment.

“Russian forces are detaining, abducting or kidnapping and targeting journalists and civil society actors to prevent the world from hearing the truth,” according to Council of Europe, which called on the Russian Federation to “immediately stop such attacks and practices.”

Stressing that safety of journalists is a EU priority, the continent’s leading human rights organization warned that already 10 Ukrainian and international media workers were killed and many others were wounded in the Russian invasion of that country.

The Council paid respect to courageous independent media and individual journalists in Russia and Belarus, who “strive to inform about the war waged by the Russian leadership against Ukraine and the atrocities committed against Ukrainian people,” despite the risk of long-term prison sentences and prolonged arrests.

Russia’s regime treatment of independent media pushed that country deeper into the World Press Freedom Index’s so-called red list, which indicates a “very bad” press freedom situation on the map. The country fell five places on the Index, from an already low 150th to 155th.

RSF stressed that the number of countries classified as “very bad” seriously increased this year, coloring 28, out of 180 countries, red. The Index’s red list starts with Belarus on 153th place, and ends with the world’s 10 worst countries for press freedom. Among them is Myanmar (176th), where the February 2021 coup d’état set press freedom back by 10 years as well as China, Turkmenistan (177th), Iran (178th), Eritrea (179th) and North Korea (180th).”

The RSF stressed that the media face serious problems in other parts of the world as well. For example in China, considered as “one of the world’s most repressive autocratic regimes,” which “uses its legislative arsenal to confine its population and cut it off from the rest of the world.” The country, which takes the 175th place on the World Press Freedom Index, currently keeps 110 journalists behind bars.

The situation is especially critical in Hong Kong, which plummeted from 80th place last year to 148th, and near the red-colored-map, this year.

The situation is not much better in India and Pakistan or the Middle East — Israel, Palestine and the Arab states, according to the Index.

“The creation of media weaponry in authoritarian countries eliminates their citizens’ right to information but is also linked to the rise in international tension, which can lead to the worst kind of wars,” RSF Secretary-General, Christophe Deloire, said and stressed that “urgent decisions are needed in response to these issues.”

Persecution of journalists, however, is not the only tool governments use to silence the media.

The International Federation of Journalists (IFJ) has warned that sophisticated spyware programs have been used to spy on journalists and media workers all over the world in recent years.

“From Asia Pacific to Latin America, passing by European and the Middle East, governments have reportedly used sophisticated spyware products designed to fight crime to target independent journalists,” IFJ said in a statement.

The lack of restrictions and supervision over the use of this type of malware, which was originally meant to combat crime and terrorism, allows it to be used maliciously against journalists, lawmakers, human rights defenders, and civil society leaders, according to the organization.

IFJ therefore urged governments across the world and international bodies to “work together with journalists’ unions to develop strict regulations that ban surveillance of journalists and recognise the inviolability of journalists’ communications.”