A U.K. court convicted a 33-year old barber from northwest London for paying thousands of pounds to lorry drivers to smuggle illegal migrants—including himself—into the country. 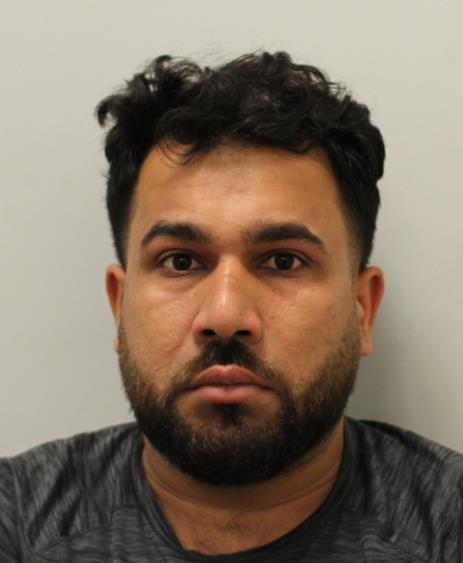 Gul Wali Jabarkhel, 33, had smuggled himself back into the U.K. after an unsuccessful human smuggling attempt in 2020 forced him and his co-conspirator to flee to Afghanistan. (Photo: NCA, Twitter, License)Gul Wali Jabarkhel, 33, had been using his barbershop in Colindale as a front for organized immigration crime. According to a press release from the U.K.’s National Crime Agency, NCA, he had been attempting to recruit and pay a number of lorry drivers more than 2,500 pounds (US$3,170) for each migrant smuggled in from Belgium or France.

“Gul Wali Jabarkhel wanted to exploit others’ desire to enter the U.K. unlawfully, focusing on profit and showing no regard for potential risks to the migrants’ safety,” said Deputy Chief Crown Prosecutor Kate Anderson.

Jabarkhel is known to have links with Albanian criminal networks who specialize in human smuggling. He also worked alongside his co-conspirator, Baz Mohammed Jabarkhil, both of whom are originally from Afghanistan.

In an abandoned human smuggling attempt in November 2020, both Jabarkhel and Jabarkhil fled the U.K. to Kabul to avoid prosecution. NCA authorities eventually identified the human smuggling operation, and prevented the two from returning to the U.K.

However, both men had repeatedly attempted to re-enter the country through illegal means by using their hired lorry drivers to smuggle them back. They had each paid more than 7,500 pounds ($9,500) for their return.

"He [Jabarkhal] and a co-defendant [Jabarkhil] then attempted to re-enter the U.K. in a lorry to avoid border detection. They conspired with two other defendants who handed over a significant sum of money as payment to the lorry drivers,” said Anderson.

The financing for their return into the U.K. was accomplished by two other suspects from the same organized crime group.

Rehan Murudkar (19) and Mohammed Rafique (28) were both arrested and convicted on money laundering charges after NCA tracked them to a gas station on a highway outside London. The cash handover to a lorry driver contained more than 10,000 pounds ($12,680).

Jabarkhal was shortly arrested after a lorry driver drove him back to the U.K. in July 2021.

Both men pleaded guilty to illegally entering the U.K. as well as the human smuggling charges.