Amnesty International called for the release of journalists, editors and other media professionals who have been arrested across Russia for their coverage of the invasion of Ukraine. 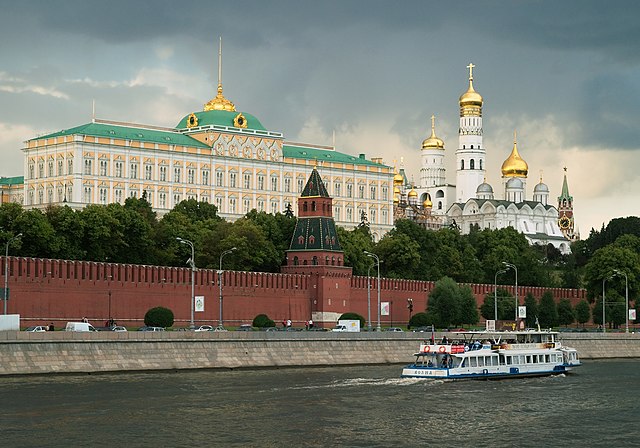 The cases are only the latest in a rapid ramp-up of threats against journalists in a Russia. (Photo: NVO, Wikimedia, License)“The Russian authorities’ crackdown on independent media is escalating at breakneck speed,” said Marie Struthers, Amnesty International’s Director for Eastern Europe and Central Asia.

“Evidently unsatisfied with merely blocking critical news sites or forcing reporters into exile, the Kremlin now seeks to incarcerate journalists who report on anti-war protests or Russian soldiers who refuse to fight in Ukraine,” she said in response to the news that a local newspaper founder and an an editor-in-chief from the far-eastern Russian Republics of Altay and Khakassia, respectively had been detained for their critical coverage of the war.

“Mikhail Afanasyev and Sergei Mikhaylov, along with all others arrested merely for reporting on the Russian army, must be immediately and unconditionally released,” she said. “We call on the Russian authorities to repeal the notorious Article 207.3 of the Criminal Code and end their crackdown on freedom of expression and press freedom.”

Afansyev, the EIC of Novy Fokus, was detained on April 13, a week after his paper reported that riot police from their region of Khakassia had refused to go to the front. The same day, Mikhaylov, who runs the media outlet LiStok out of Gorno-Altaysk, in the Republic of Altay, was arrested and LiTosk fined US$4000 for saying that Russia should be sanctioned for its actions in Ukraine.

“Both are accused of disseminating “‘knowingly false information about the Russian Armed Forces’. If convicted, they could be imprisoned for up to 10 years,” Amnesty said.

The two cases are only the latest in a rapid ramp-up of threats against journalists in a Russia which already had an abysmal record when it comes to press freedom.

Since the war began in late February, Russia has already banned journalists from reporting on the war without citing state sources, shut down several outlets and arrested many journalists. Earlier last week, four journalists from the student Paper DOXA, were sentenced to two years of hard labor for their reporting, according to the Committee to Protect Journalists.