Moscow on Friday blocked Facebook and Twitter and cracked down even harder on journalists and media outlets whose reports on the Ukrainian war conflict with the Russian government’s narrative. 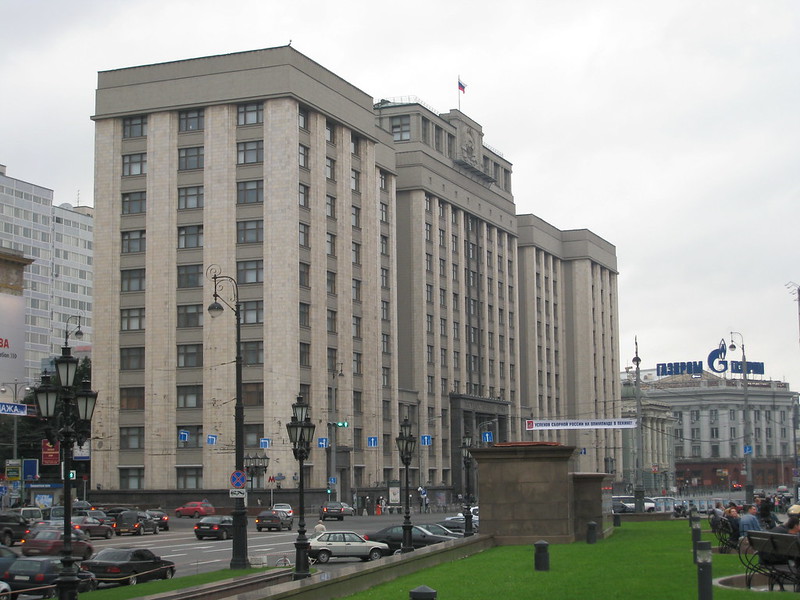 “Ordinary Russians are using @Meta's apps to express themselves and organize for action. We want them to continue to make their voices heard, share what’s happening, and organize through Facebook, Instagram, WhatsApp and Messenger,” Nick Clegg from Meta tweeted.

Additionally, members of the Russian State Duma unanimously passed amendments to the country’s Criminal Code, introducing years-long sentences for reporters and outlets who are “spreading fake news about the actions of Russia's Armed Forces” in Ukraine.

Those who dare to knowingly disseminate “false” news under the guise of reliable information about “the use of the Armed Forces of the Russian Federation in order to protect the interests of the Russian Federation and its citizens and maintain international peace and security,” could end up behind bars for 10 to 15 years if their reporting has grave consequences, the bill now says.

The bill came into effect after it was signed by President Vladimir Putin.

Just like anyone who is part of the regime in Moscow, he also tried to justify Russia’s invasion on Ukraine, saying that “if Russia had not launched a special military peacekeeping operation, a war unleashed by NATO would have begun on the territory of Ukraine,” leading to “millions of victims and a humanitarian catastrophe.”

“They violate their own rules, norms of international law, restrict freedom of speech, spread false information,” Volodin wrote on his Telegram channel.

“We cannot but react to what is happening,” he stressed.

The New York-based Committee to Protect Journalists (CPJ), which promotes press freedom worldwide and defends the “right of journalists to report the news safely and without fear of reprisal,” on Thursday called on the Russian lawmakers not to adopt the amendments.

“Proposed Russian legislation that threatens to imprison people for sharing so-called ‘fake’ information about the country’s invasion of Ukraine is an obvious threat to free speech and the independent press,” said Gulnoza Said, CPJ’s Europe and Central Asia program coordinator.

According to CPJ, the independent radio station Echo of Moscow announced its closure on Thursday, while the independent broadcaster Dozhd TV stated during a live broadcast that it was temporarily stopping operations.

The watchdog also reported that the websites of the two independent media have been inaccessible in Russia since Tuesday, when the prosecutor general’s office asked the country’s media regulator to block them for spreading “false information about the actions of Russian military personnel.”

“Russian legislators put us in such a situation that makes it impossible to continue working as a journalist,” Dozhd editor-in-chief Tikhon Dzyadko told CPJ, explaining why the outlet had suspended its work.

Earlier this week CPJ warned about Russian authorities’ actions against journalists covering anti-war protests across the country, which have sprouted up across the nation since Russia’s invasion of Ukraine on February 24. CPJ claimed that at least “five journalists are facing charges and dozens more were detained across Russia.”

Russian officials have ignored the warnings and petitions and continue to persecute individuals who have opposing views.

Volodin called on deputies “not to be silent when the showbiz figures criticize the operation of the Russian Armed Forces.”

He argued that “our silence is a betrayal of those men who died.”