After three months of calm that offered hope the problem may be receding, another incident of piracy has been reported in the Gulf of Guinea, the world’s most dangerous maritime region. 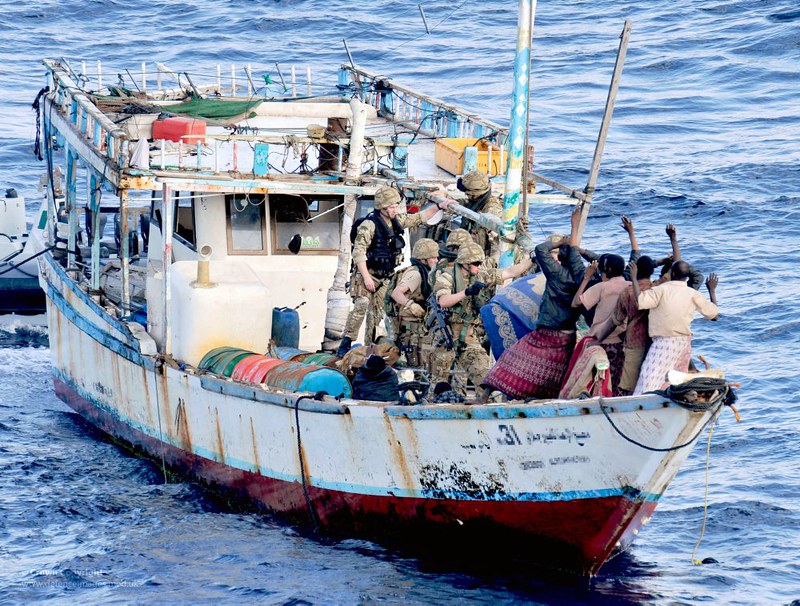 In the region, pirates often target ship’s crews for kidnap rather than the vessels or their hauls, as the human cargo is more easily movable and may fetch higher ransoms. (Photo: Kyle Heller/Defence Imagery, Flickr, License)On April 4th, Under the cover of darkness, pirates boarded on April 4 a ship 278 miles south of the port of Lome, Togo, the Maritime Domain Awareness for Trade – Gulf of Guinea (MDAT-GoG), a collaboration between the British and French Navies to support trade off the coasts of West Africa, revealed in their latest weekly report.

The Maritime Executive, a magazine focused on the maritime industry, identified the ship as the Arch Gabriel, a bulkier – a type of carrier designed to carry unpackaged goods – that had been idling at sea in anticipation of its next contract.

After authorities were informed of the attack, an Italian ship was sent to support the vessel and its crew.

“The Italian Navy Ship LUIGI RIZZO was dispatched to secure the [marine vessel]. ITS RIZZO escorted her to the Nigerian EEZ where a Nigerian escort vessel escorted her to Lagos,” the MDAT-GoG report said. By 3pm, the “vessel and crew were reported safe.”

The pirates spent some four hours on the ship, the Maritime Executive reported. However the crew managed to make it to the ship's most secure compartment, known as a citadel.

Though incidents of piracy declined in 2021, the gulf region is still known as the world’s most dangerous for maritime piracy.

Due to the geography of the region, pirates, many of whom are based out of jungle camps in the Niger river’s delta, often target ship’s crews for kidnap rather than the vessels or their hauls, as the human cargo is more easily movable and may fetch higher ransoms.

Local corruption, government instability, conflict and weak rule of law amidst the 13 nations bordering the gulf has made piracy particularly difficult to address in the region.