U.S. General Calls on Latin America and the Caribbean to Crack Down on Illegal Fishing

Although drug trafficking is the region’s No.1 problem, a top U.S. military officer in Latin America and the Caribbean has called last week for authorities to also intensify their crackdown on fish piratery, organized crime and China’s expansion. 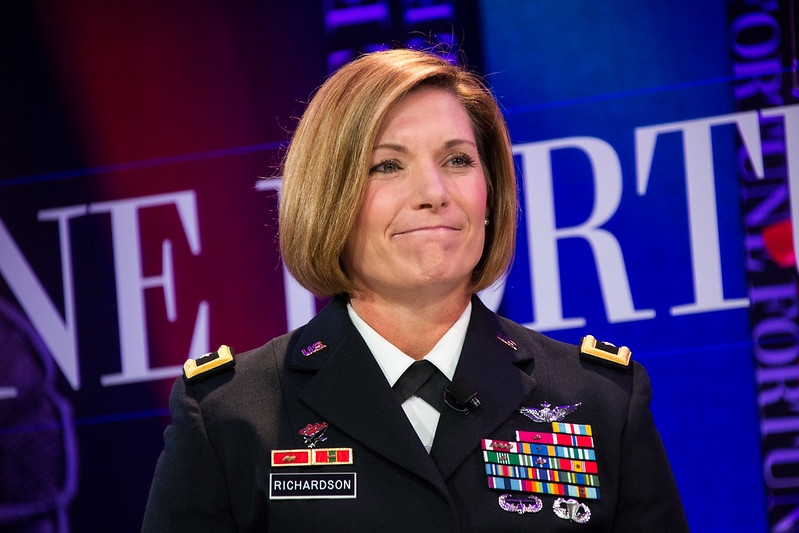 However, she added, these groups “are even involved in illegal, unreported and unregulated fishing, robbing the region of 20 to 30 % of fish stocks and causing the Caribbean 750 million dollars in loss each year.”

The SouthCom commander told the audience that “these cross-cutting threats are too powerful, too overwhelming for one nation to handle on its own,” and that responding to them requires working “together like a cricket team or a football team.”

The theme of the international security forum where Richardson spoke was “Multinational Cooperation in a Changing Operational Environment.”

Late last year, Bahamas’ security forces arrested five poachers aboard a Dominican flagged vessel. The fishermen were caught with tonnes of Hogfish, Nassau Grouper, and lobster on board. Poachers like these destroy the bottom of the sea by scraping it with nets that are sometimes as large as five football fields, or nearly 500 meters, U.S. Ambassador Jean Manes said.

A study from Oceana, an American nonprofit that advocates for ocean conservation, estimated that as much as 30 % of the seafood in the world has been caught illegally.

Illegal, Unreported and Unregulated (IUU) fishing swipes sea life as well as fishermen’s working perspectives. It often leaves them vulnerable to engage in illicit activities like trafficking in drugs or arms to the United States.

Manes said she had visited a small fishing community in El Salvador, where a bunch of little wooden fishing boats were on the shore. Intrigued, she talked to a local fifth-generation fisherman, who told her that there were no more fish to catch.

SouthCom states that China firms and entrepreneurs have engaged in IUU fishing in the Exclusive Economic Zones of the countries in this region. It is believed that over 600 Chinese flagged vessels have operated in international waters off of the coast of South America every year.

In 2020, Oceana reported nearly 300 Chinese vessels pillaging the waters off the Galapagos Marine Reserve primarily for squid, as well as for many commercial and recreational fish like tuna and billfish, foisting local economic losses and damaging the iconic Galapagos sea life. Their arrival had put the Ecuadorian navy on high alert.

Although the United States faces virtually no military threat from any country in the region, China’s presence has grown in importance for Washington. This means that SouthCom has been concerned not only with Chinese poachers, but also with the adoption of Huawei’s 5G technology, which could allegedly give the Asians a back door into sensitive information, causing counterintelligence threats to a whole regional security system.