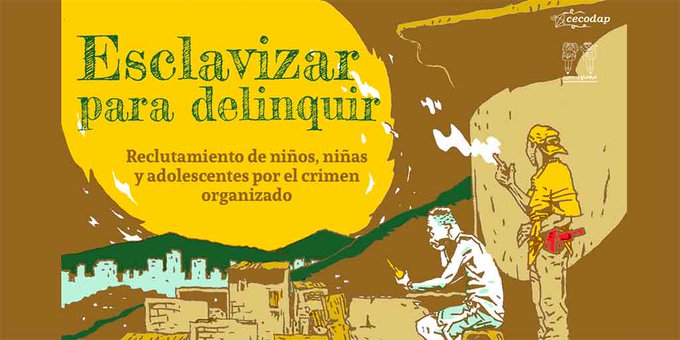 El Koki was killed during a police raid in February.

The youngsters are allegedly first hired as ‘mandaderos’, or errand boys in English, before being pressured to become soldiers and defend the gang’s territories from security forces or rival criminal groups.

In 2021, armed conflicts on the border between Venezuela and Colombia killed at least 39 children and teenagers, according to a report published by FundaRedes.

It is believed that the absence of state policies and services and the persistence of a complex humanitarian crisis have pushed children and teenagers closer to criminal groups, Cecodap reported.

“Do you know what sadness is? Seeing your mom cry because we have to eat mung beans from the box CLAP [a food box provided by the Venezuelan government] every day,” a 16-year-old garitero, or guard for illicit activities, said in a video produced by the NGO.

“Then they told me: help us and we will help you. I said: yes. It goes without asking what I’d had to do for the thugs,” the young man added.

OCCRP reported in 2018 about the famine in Venezuela, when the birth statistics from the two main maternity hospitals in Venezuela’s capital showed that the number of babies born with low birth weights had risen steadily. Mothers were not getting enough to eat due to high food prices and massive inflation, investigators said.

Food shortages, school desertion and domestic violence allegedly facilitate the work done by Venezuelan mega gans when it comes to capturing minors. The report describes how professional recruiters select the right minors to involve them in the crime underworld.

According to the organizations, the recruitment happens side by side with exploitation, based on the abuse of power and violence, which would constitute a contemporary form of slavery and human trafficking.

The boys and girls receive money in dollars weekly to cover real or perceived needs such as food, clothing and footwear, as well as their protection in a logic of “the law of the strongest.”

The el Koki ‘mega gang’ allegedly paid between US$20 to 150 a week in a country like Venezuela, where the minimum wage barely reaches $2.5 a month.

Although the justice system has already exposed this phenomenon, Cecodap and Agencia PANA believe that Venezuelan authorities have ignored the fact that children and teenagers have been systematically used as a weapon by criminal groups.