Interpol has unveiled a new initiative to crack down on sexual exploitation of the world’s most vulnerable and impoverished people by humanitarian aid workers. 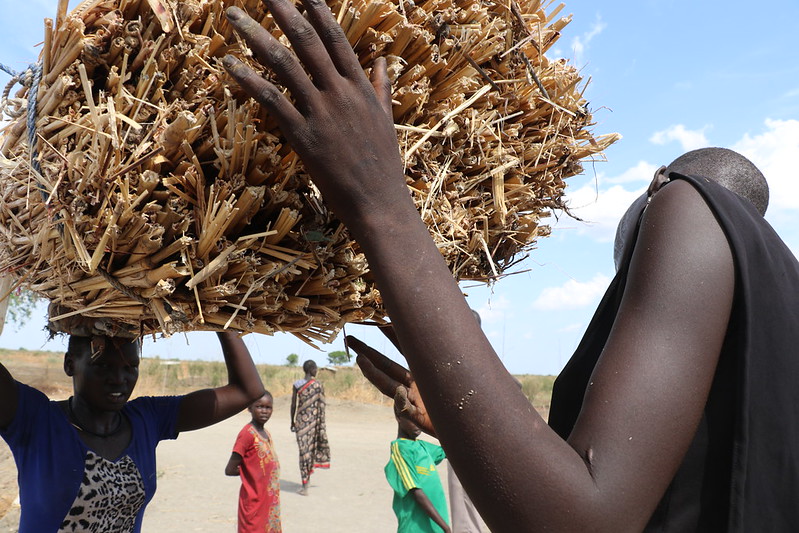 As far back as 2002, the United Nations High Commission for Refugees (UNHCR) found that sexual abuse of children by so-called aid workers was rampant in war torn Western Africa, including Sierra Leone, Liberia and Guinea. (Photo: EU/Anouk Delafortrie, Flickr, License)“Perpetrators of sexual exploitation, abuse and harassment (SEAH) have exploited positions in the aid sector to harm the very people they are meant to protect and assist,” Interpol said.

This is why the international police agency has launched a project called ‘Soteria,’ named after the Greek goddess of safety. Soteria will target perpetrators working for humanitarian and development organizations.

“Without full awareness, good detection mechanisms, effective reporting and practical communication channels for the aid community, sexual offenders can continue working and moving within the sector, putting children and vulnerable adults at risk,” the agency said.

The problem is far from new.

As far back as 2002, the United Nations High Commission for Refugees (UNHCR) found that sexual abuse of children by so-called aid workers was rampant in war torn Western Africa, including Sierra Leone, Liberia and Guinea.

“In all three countries, workers reportedly used ‘the very humanitarian aid and services intended to benefit the refugee population as a tool of exploitation,” said a statement released at the time by UNHCR. “In addition to aid workers, the paper also cites allegations of sexual exploitation against children by international peacekeepers and community leaders. In all, more than 40 agencies and organizations and nearly 70 individuals were mentioned in various testimonies.”

By 2019, more than 50 women in the Democratic Republic of the Congo reported abuse by aid workers from groups including UNICEF, Oxfam, Doctors Without Borders and others who were in the country to deal with the Ebola crisis.

The women said that workers had either propositioned them, forced them to have sex in exchange for jobs or ended contracts if they were rebuffed according to Reuters.

Interpol said that it’s Project Soteria is focussed on preventative measures, to rid the aid of sexual predators to begin with, but will also include mechanisms for reporting and investigating claims of abuse.

“I see firsthand the devastating impact that sexual exploitation and abuse by aid workers have on individuals, their families and communities,” said Jane Connors, U.N. Victims’ Rights Advocate. “Project Soteria promises to make perpetrators accountable and deter others from committing these wrongs. This will reassure survivors that the abuses are taken seriously and that their rights are recognized and protected.”