Nigeria Arrests ‘Super Cop’ and 4 Others Over Drug Smuggling

On Monday, Nigerian Police Force arrested five of its colleagues, including the country’s most decorated policeman, over their alleged involvement in drug cartel activities and for facilitating the movement of drugs across Nigeria. 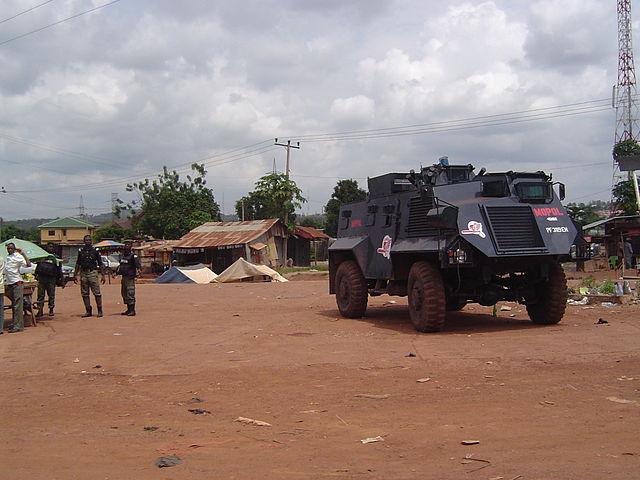 Nigerian Police Force arrested five of its colleagues, including the country’s most decorated policeman, over their alleged involvement in drug cartel activities and for facilitating the movement of drugs across Nigeria. (Photo: Sawa2, Wikimedia, License)Among the arrested was Abba Kyari, Commander of Intelligence Response Team (IRT) at the Force Intelligence Bureau of the Nigerian Police Force, according to the National Drug Law Enforcement Agency (NDLEA).

“Unfortunately, some law enforcement agents who should be partners in the pursuit of the President’s mandate are at the forefront of breaking the law, as they aid and abet drug trafficking in the country,” said a spokesperson from the Anti-Narcotic Agency. “With the intelligence at our disposal, the Agency strongly believes that DCP Kyari is a member of a drug cartel that operates the Brazil-Ethiopia-Nigeria illicit drug pipeline.”

Nigeria is in the midst of a nationwide drug problem. In an academic study from January 2021, the scale of drug abuse has had a profound impact among students and youths, who have resorted to using cocaine, heroin, and cough syrup.

Despite the laws and strategies to mitigate the ease of access, drug abuse remains at an all-time high. “In just 12 months, even the most cynical of Nigerians now agree that the country is really in a drug quagmire and therefore appreciates the relentless efforts of NDLEA operatives,” said the NDLEA spokesperson.

Kyari was suspended last year over allegations made by the U.S. Attorney’s Office in July 2021. The affidavit released by U.S. officials suggests Kyari had made an arrest at the request of an Instagram influencer and convicted money launderer in exchange for cash. A U.S. court has reportedly issued an arrest warrant against him and Nigerian authorities have launched an internal investigation.

After his arrest on Monday, Nigerian media cited top officials as saying that Kyari could be extradited to the United States.