Azerbaijan’s President Ilham Aliyev approved on Tuesday the controversial Law on Media which will now go into effect despite heavy criticism at home and abroad, Meydan.tv reported on Wednesday. 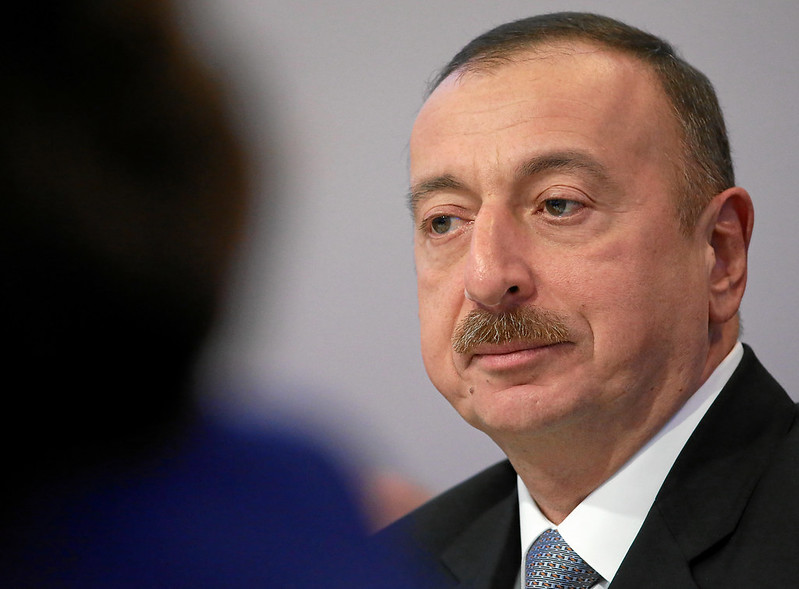 Azerbaijan’s President Ilham Aliyev approved the controversial Law on Media which will now go into effect despite heavy criticism at home and abroad. (Photo: Remy Steinegger/World Economic Forum, Flickr, License)Aliyev signed the law not taking into consideration calls from local and international organizations not to sign it as it severely restricts media freedom in the country and violates human rights.

The law addresses the organizational, legal and economic activities of media entities and limits the acquisition, production and sharing of information.

Media founders must be Azeri nationals living in Azerbaijan and media outlets cannot be funded by foreigners or foreign firms, representative offices as well as foreign government agencies, according to the new bill.

The law also foresees the establishment of a Media Register, a body that would issue three-years-long accreditations to registered journalists. Those who have a criminal record will not qualify for an accreditation, which eliminates a significant number of independent reporters, considering how many Baku imprisoned over the years.

Outlets will be able to use information and programs of other media only with subscription or a signed contract.

Critics called for the law to be annulled and when the law passed the Parliament in December, dozens of journalists, lawyers and media experts issued a joint statement, claiming the law “restricts freedom of media and expression” and is not in accordance with the Constitution or the European Convention on Human Rights.

The law “creates favorable conditions for unnecessary interference with freedom of expression and the media," the statement said, adding that it also “does not serve the bright and prosperous future of our country, but rather the formation of a more closed environment.”