Four Arrested in Connection with the Overdose Death of U.S. Actor

Four individuals were collectively charged on Wednesday in a narcotics conspiracy that resulted in the death of a well-known American actor, according to the U.S. Department of Justice. 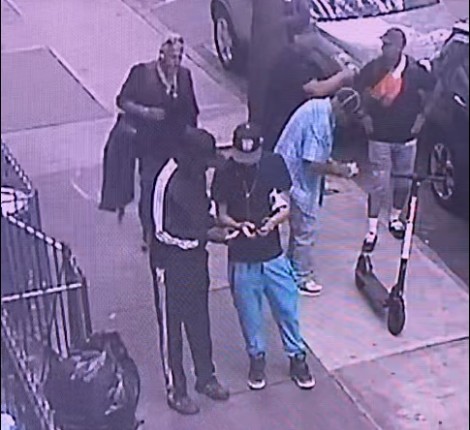 Cause of death was determined to be an acute drug intoxication due to a combination of fentanyl, heroin, and cocaine, according to the New York City chief medical examiner.

Court documents allege that the group has sold drugs throughout Brooklyn, New York since August 2020. This includes heroin, cocaine, and crack cocaine, all of which were laced with fentanyl.

As part of their investigation, police documented video evidence on Sept. 5 last year that appears to show the group selling Williams heroin-laced fentanyl.

Screenshots from the surveillance video show Cartagena retrieving a package from behind a trash can before executing a hand-to-hand transaction with the actor.

Williams was found dead in his apartment the following day.

Each member of the group has been charged with conspiracy to distribute dangerous substances, which carries a mandatory minimum sentence of five years in prison and a maximum sentence of 40 years.

Authorities also charged Cartagena for personally selling Williams the drugs that caused his death, which carries a mandatory minimum sentence of 20 years and a maximum sentence of life in prison.

As Omar Little on The Wire, Williams was infamous in the Baltimore drug trade for his role as a stick-up man who frequently robbed street-level dealers at gunpoint.

The series drew considerable praise for its unapologetic examination of American urban life and its analysis of the intricate connections between various societal institutions.

Williams’ death is one of many that has resulted from this new wave in the opioid epidemic.

Fentanyl is an incredibly potent opioid; it is roughly 100 times stronger than morphine and can be lethal in quantities as small as two milligrams (0.002 grams).

Its high potency, however, is an attractive trait to dealers, who can lace their other drugs with it and sell smaller quantities for the same price.

The fact that the human body can neither smell nor taste the drug means that it can be impossible to tell if one has even consumed it before it is too late.

It can also be easily mixed in with other drugs, including heroin and cocaine, or in fake prescription pills.

Provisional data from the Center for Disease Control, meanwhile, indicated that there were an estimated 100,306 drug overdose deaths in the United States from April 2020 to April 2021, an increase of 28.5 percent from the same period the year before.