U.S. Bans Mexican Fishing Vessels from Ports in the Gulf of Mexico

Starting next month, the U.S. will ban Mexican fishing vessels from calling in U.S. ports in the Gulf of Mexico over concerns about illegal fishing. 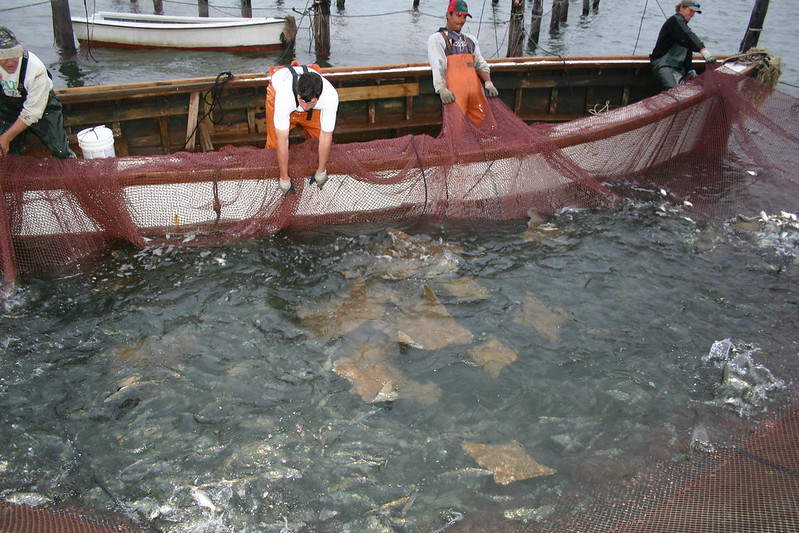 According to the report the NOAA was referring to, Mexican fishing vessels have repeatedly violated U.S. laws and environmental protections. (Photo: Virginia Sea Grant, Flickr, License)“Effective February 7, 2022, these vessels are prohibited from entering U.S. ports, and will be denied port access and services,” the National Oceanic and Atmospheric Administration’s (NOAA) Fisheries department told OCCRP in an email.

“This action by the United States is a result of Mexico’s identification for IUU fishing in 2019 and subsequent negative certification in NOAA Fisheries’ 2021 Report to Congress on Improving International Fisheries for its continued failure to combat unauthorized fishing activities by small hulled vessels (called lanchas) in U.S. waters,” the email said.

According to the report the NOAA was referring to, Mexican fishing vessels have repeatedly violated U.S. laws and environmental protections.

“These vessels are known to catch finfish stocks that are regulated by the United States, including red snapper, as well as bycatch of protected sea turtles,” said the report. A large portion of Mexico's snapper catch is ultimately exported to the U.S.

Bycatch — species which are unintentionally hooked or netted in large scale fishing operations — can have drastic environmental impacts.

“Bycatch can negatively affect the conservation of protected living marine resources, NOAA said in a statement. “Nations that do not have regulatory programs in place to effectively reduce or mitigate bycatch of protected species caught in association with fisheries threaten the sustainability of those ecosystems or other transboundary resources shared with the United States.”

From 2016 to 2018, the U.S. Coast Guard intercepted nearly 120 Mexican vessels illegally fishing in the area. Since 2018, the U.S. government has handed some 248 case packages over to Mexico related to illegal fishing for local prosecution.

Illegal, unregulated and unlicensed fishing is a massive global industry that accounts for as much as 20% of the world's seafood catch.

According to a 2020 report by Interpol, it also spawns a wide network of organized crime both on land and at sea.

“Money laundering, labour exploitation, corruption and forgery are a small sample of serious crimes commonly committed during IUU fishing today,” the international law enforcement group said in a statement. “Fishing vessels are often also used to smuggle people, drugs and firearms, as well as to carry out piracy or terrorist attacks.”

NOAA is hopeful that Mexico will bring it’s fishermen up to international standards.

“The United States is committed to working with the Government of Mexico to support its actions to address the issues identified in 2019 and 2021, and is ready to re-establish U.S. port privileges for Mexican fishing vessels operating in the Gulf of Mexico once actions are taken by Mexico,” NOAA told OCCRP.