Philippines President Rodrigo Duterte stated on Tuesday during a national address that he will never apologize for his methods in the country’s war on drugs that has claimed the lives of thousands of its citizens. 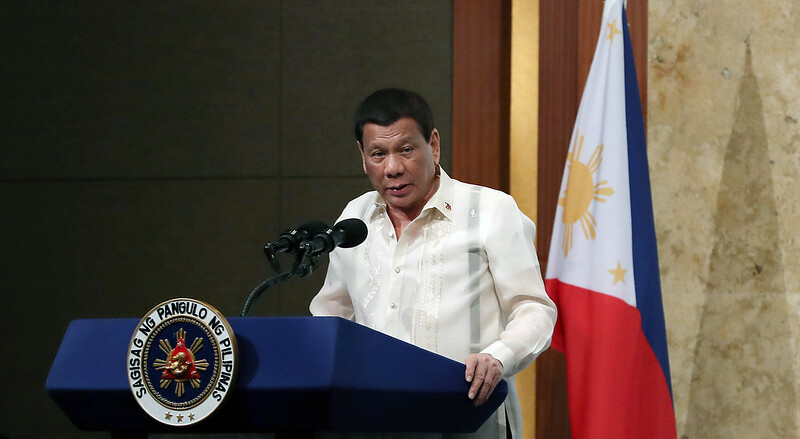 Thousands of his citizens have died under police gunfire when they were unarmed and posed no immediate threat to anyone. The extra-judicial killings have been condemned by the United Nations as severe human rights violations.

“I will never, never apologize for the deaths of those bastards,” Duterte said.

Seeing drug dependency as a purely criminal rather than health issue, the president has argued that those involved in the drug trade in any way - from the smugglers to the dealers to the end users - seek to destroy the fabric of society and therefore forfeit their very right to live.

“You destroy my country, you bring disorder, and you destroy the lives of children. I will kill you,” he pledged.

Furthermore, Duterte took the opportunity during his national address to warn those who are still in any way involved in the drug trade.

“Do not do it in my city; you will never go out alive.”

As for the police, Duterte has displayed unflinching support for their deadly methods and has plainly stated on several occasions that he will personally sanction any actions they take in his war on drugs.

“Do not be afraid; I will back you up,” he said to them on Tuesday.

Likewise, in 2020, he instructed his top customs official to simply execute drug smugglers and said “I’ll back you up, and you won’t get jailed.”

International investigations and human rights groups, however, have frequently noted that many of the victims in Duterte’s war are people with drug dependencies, rather than organized crime group members who oversee drug production, cultivation, transportation, and distribution.

His actions over the past several years have since resulted in the International Criminal Court (ICC) green-lighting an investigation against him and his administration.

The Hague-based tribunal said its probe was justified because the “specific legal element of the crime against humanity of murder” has been met in the crackdown that left thousands dead.

The ICC further said that Duterte’s war on drugs “cannot be seen as a legitimate law enforcement operation” but rather “a widespread and systematic attack against the civilian population.”

Specifically, one aspect of the investigation is directed at the police’s actions in Davao between 2011 and 2016.

Hundreds of people were killed by police for small-scale drug offences; the officers responsible eventually became known as the Davao Death Squad.

Duterte was elected the city’s mayor in 2013 before assuming the presidency in June 2016.

In response to the ICC investigations against him, Duterte withdrew the Philippines as a signatory of the Rome Statute in 2019, thereby disarming the intergovernmental organization of any jurisdiction to officially prosecute him.

“I do not recognize the ICC…that’s what I’m telling them,” he said on Tuesday.

It’s not only for those he sees as involved in the drug trade that Duterte displays no mercy; the media and investigative journalists have also faced his wrath for their reporting on his war on drugs.

In 2018, Duterte’s government subpoenaed and tried to revoke the operating license of Rappler, a Philippine online news website critical of the president’s hardline policies.

The move was internationally condemned as an attack on press freedom.

And when asked by journalists to comment on his policy on critical media, Duterte said: “You are the critical ones. If you end up dead, it’s your fault. It means nothing to me.”

Despite the thousands of drug-related deaths during his administration and the condemnations that followed, Duterte has remained unflinching against those whom he views as responsible for destroying the Philippines throughout his war on drugs.

“I want them dead…execute them kneeling down with their hands up in surrender.”