A U.K. court sent a London-based crime group behind bars for a total of 35 years for trying to illegally bring 69 Albanian migrants into the country, and plotting to smuggle 50 people in every week, the National Crime Agency reported on Tuesday. 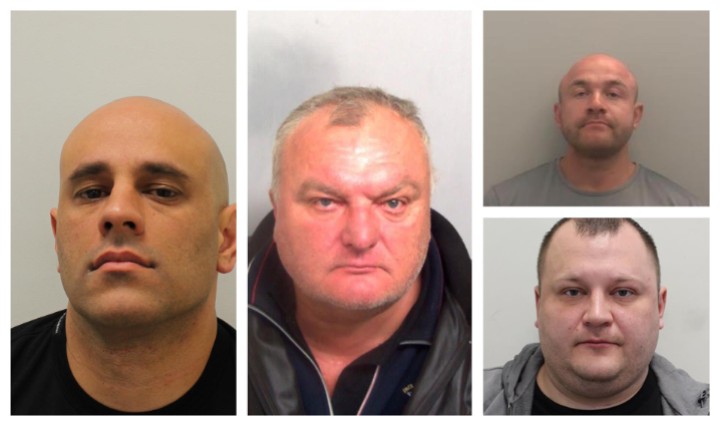 A London-based crime group which tried to smuggle 69 Albanian migrants into the UK on a decrepit fishing vessel – and planned to bring in 50 more every week – have been jailed. (Photo: NCA, License)The group was intercepted in November last year near the Norfolk coast while attempting to transport the migrants in a run-down fishing vessel which set sail from Ostend (Belgium) and headed to Great Yarmouth.

Police arrested Igor Kosyi, 57, and Volodymyr Mykhailov, 49, both from Ukraine, and Alexsandrs Gulpe, 44, from Latvia. The migrants were handed over to Immigration Enforcement.

In addition, the investigators seized a laptop which helped them further dismantle the criminal network and arrest Latvian national Sergejs Kuliss, 32, who provided the group with the computer.

Two other conspirators - Lithuanian national Arturas Jusas, 35, living in Lambeth, and Israeli national Kfir Ivgi, 39, from Finchley - were found to have been in contact with Kullis and were arrested in June this year.

All of them were charged with human trafficking. Jusas pleaded guilty at Chelmsford Crown Court on 6 August, and Ivgi, Kuliss, Gulpe and Kosyi were found guilty at the same court in November this year, while Volodymyr Mykhailov was acquitted.

“These men had no qualms about trying to smuggle vulnerable migrants on board an unseaworthy vessel, with ambitions to bring in hundreds more using this deadly method,” said NCA Director of Investigations, Nikki Holland. “Their sole motivation was monetary greed so I’m delighted they are now beginning lengthy jail terms for these despicable crimes.”