Canadian Known as ‘The Voice’ Behind ISIS Pleads Guilty

A Canadian said to be ‘The Voice’ behind ISIS pleaded guilty on Friday to conspiring to support a designated foreign terrorist organization, according to the U.S. Department of Justice (DOJ). 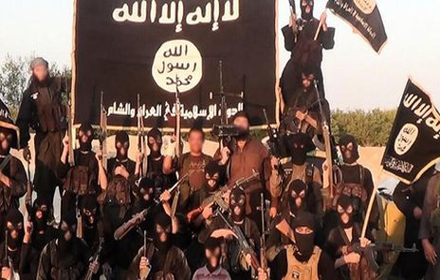 A Canadian said to be ‘The Voice’ behind ISIS pleaded guilty to conspiring to support a designated foreign terrorist organization. (Photo: Statea USA, Wikimedia, License)Mohammed Khalifa, also known as Abu Ridwan Al-Kanadi and Abu Muthanna Al-Muhajir, 38, gave voice to the Islamic State’s media and propaganda machine as one of its lead English-speaking narrators in several violent recruitment videos, some of which showed victims being beheaded.

Khalifa originally traveled to Syria in 2013, where he swore allegiance to then-ISIS leader Abu Bakr al-Baghdadi with the intent of becoming a soldier, according to the DOJ.

However, ISIS’s Media Bureau, the ‘Diwan of Central Media,’ recruited him a year later due to his fluency and linguistic abilities in English and Arabic.

Khalifa took on a more central role in the terrorist organization’s propaganda efforts between 2016 and 2018, where he assumed translation, production and media dissemination duties of several ISIS videos aimed at western audiences.

The DOJ estimates that it was Khalifa’s voice behind the narration of approximately 15 such videos.

“As alleged, Mohammed Khalifa not only fought for ISIS on the battlefield in Syria, but he was also the voice behind the violence,” said Raj Parekh, Acting U.S. Attorney for the Eastern District of Virginia.

While most people who join ISIS or other terrorist organizations do so for ideological reasons after being indoctrinated by propaganda, there exists a small minority who have had previous connections to organized crime.

Dr. Jytte Klausen, a researcher at Brandeis University, found that “22 percent of captured or dead jihadis in Brussels between 2012 and 2017 were known to have a criminal history before becoming radicalized.”

She points out that Abdelhamid Abaaoud, the leader behind the 2015 Paris terrorist attacks, was once part of a criminal gang before transitioning to terrorism.

Klausen attributes those with a criminal background becoming indoctrinated and radicalized to their disadvantaged living conditions and neglect at the hands of society.

“You're talking about street-side thugs who start out joining the gangs and then move into jihadism,” she said.

Two of Khalifa’s most influential and exceedingly violent propaganda videos which Khalifahe used to radicalize potential recruits are “Flames of War: Fighting Has Just Begun” and “Flames of War II: Until the Final Hour,” distributed in 2014 and 2017 respectively.

Both videos are renowned for their glamorization of violence and depiction of unarmed defenseless prisoners being executed.

Noticeable past victims include American journalists James Wright Foley and Steven Joel Sotloff. The series depicts the executions of no less than eight innocent victims from several countries.

“Through his alleged leading role in translating, narrating, and advancing ISIS’s online propaganda, Khalifa promoted the terrorist group, furthered its worldwide recruitment efforts, and expanded the reach of videos that glorified the horrific murders and indiscriminate cruelty of ISIS,” said Parekh.

Khalifa himself also took on a starring role in the Flames of War. Scenes included in the series depict a masked Khalifa speaking directly to the camera before personally executing Syrian soldiers.

He returned to the battlefield near the end of 2018. In January 2019, he was captured in Abu Badran while engaged in an intense firefight against Syrian Democratic Forces.

After remaining their prisoner for two years, he was transferred to FBI custody and brought to the United States in October 2021.

For conspiring to supporting a terrorist organization, Khalifa faces a maximum penalty of life in prison.

Sentencing is set for April next year.

In 2019, while still detained in northeast Syria, he agreed to give an interview with The New York Times. In it, Khalifa showed no remorse for his actions, but tried to downplay people’s perception of him as a symbol of ISIS.