At least 2,700 contract killings took place in 2019 and 2020 in more than 80 countries, enabling criminals to silence those who oppose them and dissuade efforts into investigating their activities, according to a Global Initiative Against Transnational Organized Crime (GI-TOC) report. 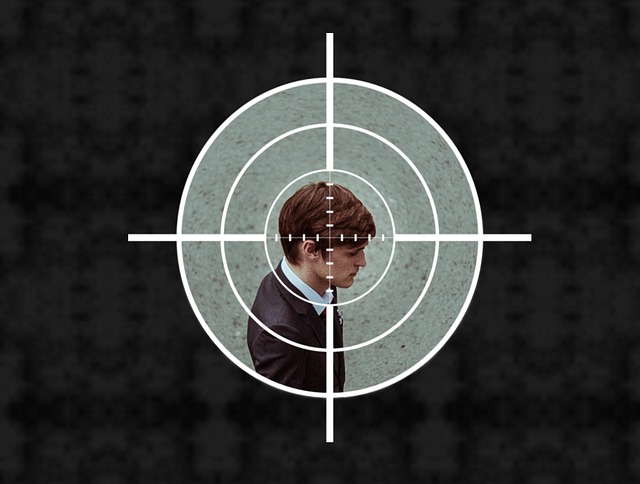 At least 2,700 contract killings took place in 2019 and 2020 in more than 80 countries, enabling criminals to silence those who oppose them and dissuade efforts into investigating their activities. (Photo: Tumisu, Pixabay, License)“The negative impacts are severe. Assassinations weaken society and the economy, they undermine democratic processes, and they create great fear in many societies,” said GI-TOC Director Mark Shaw.

There are a variety of motives for why one might seek out the services of an assassin, but the four overarching ones are: political, economic, organized crime, and personal.

While contract killings occur across all corners of the globe, GI-TOC has discovered that they cluster around geographic hotspots for organized crime activity.

In the Americas, for instance, which accounted for 37% of recorded contract killings, 74% of all cases therein took place in Colombia and Mexico, where the transnational drug trade has historically run strong.

As for the victims, GI-TOC’s report highlights how the local community is far more prone to being targeted than other demographics such as the private sector.

Global activists and community leaders make up the bulk of victims because, in most cases, the point of a contract killing is to send the people a message that no one is safe if they interfere in criminal activities.

“When these threats are made to a community member, they are clearly intended to intimidate and impose a culture of widespread fear within that community,” said Senior GI-TOC Analyst Nina Kaysser.

For example, in the Americas, land and natural resources are of great value to drug trafficking organizations, who also engage in illegal logging, land theft, and deforestation.

Therefore, any efforts against illegal logging, or in support of protected areas, are met with deadly consequences to local community members and indigenous peoples.

“Some organized crime groups show extreme and public displays of violence such as beheadings and the dismembering of bodies. Messages left on bodies, including the claiming of responsibility, along with evidence of extreme violence, carry a high degree of symbolism,” according to Kaysser.

Enough fear generated by assassinations can even undermine a society’s democracy; voters will begin to vote corrupt officials who will not oppose organized crime groups, or simply not vote at all, thereby perpetuating the cycle of violence and impunity.

Those who seek to expose criminal activity naturally find themselves in the crosshairs of contract killings as well. Journalists, for instance, accounted for just under 10% of all victims in 2019 and 2020, according to GI-TOC.

Andrew Caruana Galizia is a Co-Founder of the Daphne Caruana Galizia Foundation, an organization whose mission is to ensure that journalists can carry out their investigations into assassinations and support them from any external forces seeking to derail their efforts.

His mother, Daphne Caruana Galizia, was investigating how organized crime was turning Malta into a Mafia-state and was assassinated for it in 2017. The foundation is named in her honor.

Andrew attributes his mother’s assassination to the Mafia’s rising influence in Maltese affairs, arguing that “journalists only become targets when state agencies have already failed.”

The foundation also highlights how important it is for a democracy that journalists be able to investigate organized crime and corruption unhindered.

“When a prominent journalist is assassinated, it destroys the pipeline of future leaders in journalism, in politics, and that leaves society or a democracy permanently handicapped,” Andrew said.

Another notable contract killing victim was Derk Wiersum, a well known Dutch criminal lawyer, who in 2019 represented a state witness against a group accused of several murders.

Two of the accused, Ridouan Taghi and Said Razzouki, are believed to be part of a drug trafficking organization responsible for one-third of Europe’s cocaine trade and were amongst Europol’s most wanted fugitives until their arrest in 2019.

One early September morning, Wiersum was gunned down by an unknown assailant; his assassination was widely interpreted as a message to any who might work to oppose the transnational organized drug trade.

“Contract killings are closely linked to the prevalence of organized crime and the strength of criminal groups,” Kaysser says. “They show ways in which organized crime is embedded in political and economic institutions.”

The Daphne Caruana Galizia and Derk Wiersum’s cases show how contract killings occur everywhere, “even in places considered safe, where democracies are consolidated and stable, and the rule of law is really strong,” according to GI-TOC Analyst Ana Paula Oliveira.

In response to such cases, Andrew Caruana Galizia suggests that police investigate the root cause behind the assassination, not just the killing itself, especially in instances where a journalist was murdered for investigating criminal activity.

He further argues that investigating the corruption that might have motivated the murder can do more to reduce levels of violence than simply arresting the perpetrator.

Increased police attention to perceived victimless crimes such as corruption and money laundering, which are vital to transnational organized crime, can have a significant impact on their businesses and help reduce violent crime levels, he notes.