The U. K. authorities charged a Polish truck driver with smuggling Class A drugs after they found 418 kilograms of cocaine in a cover load of frozen onion rings in his vehicle, the National Crime Agency (NCA) reported on Sunday. 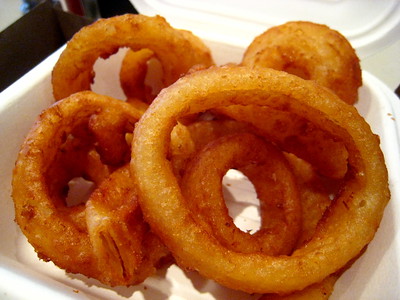 A Polish truck driver tried to smuggle cocaine concealed in frozen onion rings. (Photo: Adam Kuban, Flickr, License)Piotr Perzenowski, 30, of Mazowieckie, Poland, was stopped by the Border Force at the U.K. inbound zone in Coquelles, France, on Thursday evening. During a search, the officers found Class A drugs whose street value was estimated to be US$44.37 million.

Perzenowski appeared at Folkestone Magistrates’ Court on Saturday and was remanded to appear at Canterbury Crown Court on December, 13.

NCA Branch Commander, Mark Howes, said that a really significant amount of drugs was taken out of circulation.

“The seizure will deprive the organized crime group responsible for them of profit which would have fuelled more offending,” he added.