The administrator of the infamous Silk Road, which at one time served as the dark web’s largest black market, has been ordered to turn over more than US$660,000 worth of bitcoin last week, the U.K.’s National Crime Agency revealed in a statement. 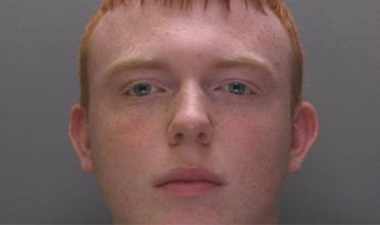 Thomas White (Source: NCA)The British authorities believe that Thomas White, who they describe as “an unemployed dropout,” acquired the money illegitimately while he was administering the site that offered everything from drugs to fake identities for a price.

The dark web is a term for a portion of the internet not accessible by regular search tools like google and other mainstream engines, but can only be accessed through special networks which offer increased encryption and anonymity.

White was sentenced to five years in prison in 2019 after pleading guilty to drug trafficking, money laundering and making indecent images of children. A large trove of child abuse pornography was found on his devices during his arrest.

After the FBI shut down his site in 2013, White took over leadership of the criminal organization and adopted the pseudonym “the Dread Pirate Roberts,” originally used by it’s jailed administrator Ross Ulbricht and relaunched the site as the Silk Road 2.0.

“Like the original site, it used technology to allow users to anonymously buy and sell class A and B drugs, computer hacking tools and other illegal goods, using the digital currency bitcoin,” the NCA statement said.

“This case proves that crime doesn’t pay – not only has he spent the last two years in prison, he now has to hand over nearly £500,000,” said Tyrone Surgeon, a branch commander at the National Crime Agency.