Colombian authorities said they captured over the weekend one of the country’s most wanted criminals, the 50-years-old leader of an organization known for having sent tons of cocaine to Central America and the United States and whom the Colombian president compared with Pablo Escobar. 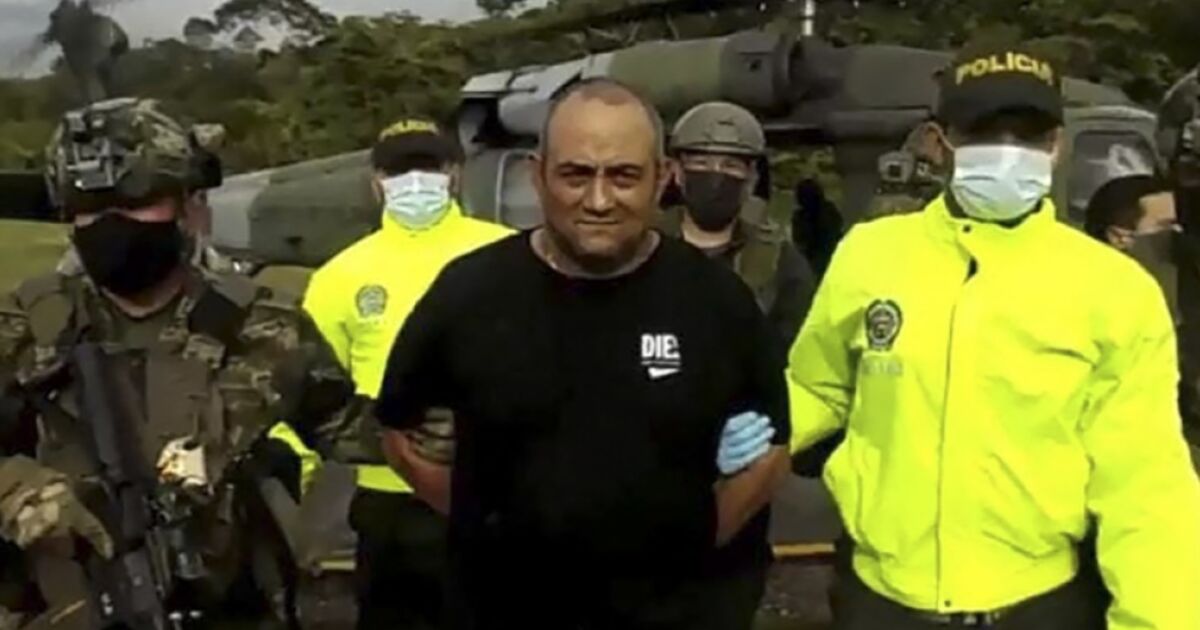 “This operational result directly impacts the strategic, structural and financial component of the Gulf Clan, managing to destabilize the criminal organization's line of command by neutralizing the main coordinator and person in charge of international cocaine trafficking, through criminal connections in Central America and Europe,” reads a joint statement from the Colombian authorities.

The President of Colombia, Iván Duque, described the capture of Otoniel as “the most forceful blow that has been inflicted on drug trafficking in this century and is only comparable to the fall of Pablo Escobar in the 90s.”

Otoniel was also wanted by the United States and Washington offered US$5 million for information leading to his capture. In Colombia, a reward of up to $3,000 million Colombian pesos (nearly$800,000) was offered for the same information.

The gang boss managed to collect 128 arrest warrants for crimes ranging from drug trafficking and homicide to crimes against humanity, seven convictions, eight preventive detentions and two red and one blue Interpol notices as well as an extradition request issued by a United States court.

General Luis Fernando Navarro, commander of the Colombian Military Forces, claimed in an interview with W Radio Colombia that Otoniel's arrest represented a turning point in the dismantling of the criminal structure and insisted that the fight against the entire drug trafficking chain must continue until this crime is eradicated in the country.

He also pointed out that extradition is part of Colombia's cooperation mechanism to do justice "and that this bandit is going to pay for all the crimes committed."

Prosecutor Natalia Rendón, who has been leading the investigation against Otoniel for 11 years, said that she may be able to question him about the crimes committed in Colombia and sees the United States as a great ally in the law enforcement operation. She added that the Otoniel process will continue in Colombia to dismantle the criminal structure.

Otoniel began his criminal career in the now dismantled guerrilla group, the People's Liberation Army (EPL). He demobilized when he was 19, but continued committing crimes as a member of the also now extinct United Self-Defense Forces of Colombia (AUC). After the AUC demobilization process in 2005, he joined the Gulf Cartel.