The Assad regime in Syria has been diverting millions in aid from foreign agencies through currency manipulation, making an estimated US$100 million in 2019 and 2020 alone, according to new research by the Centre for Strategic and International Studies (CSIS). 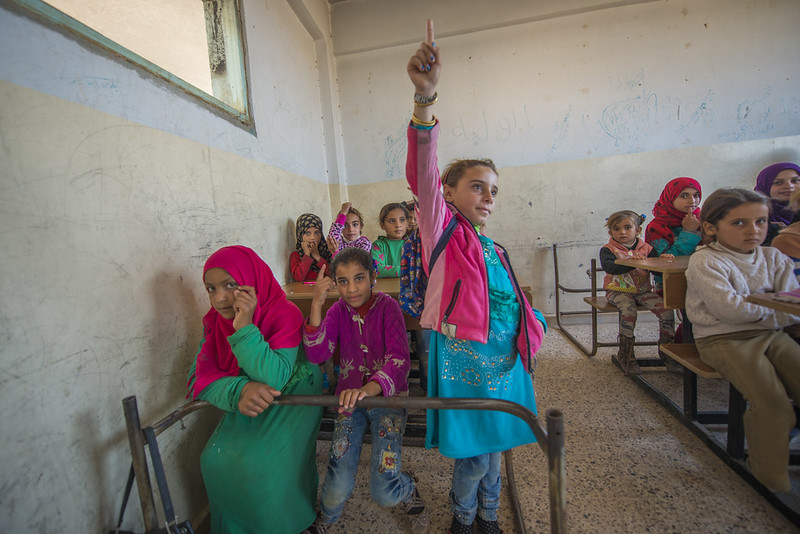 Eu Humanitarian Aid in Syria by Peter Biro; Flickr (CC BY-NC-ND 4.0)“The Syrian government makes international aid agencies use a distorted exchange rate, which allowed it to divert nearly 51 cents of every international aid dollar spent in Syria in 2020,” the report said, adding that the money ended up in the foreign reserves of the U.S., EU and U.K.-sanctioned Syrian Central Bank.

This is only the latest revelation in efforts to understand how the Assad regime is navigating the financial sanctions imposed against it by the U.S. under the 2020 Caesar Act.

Two reports by OCCRP have uncovered how the cash-strapped Syrian government is pocketing reconstruction tax money, and tightening military conscription obligations; ordering refugees abroad to pay to their local embassies in dollars, which are then sent back to Syria.

“Western governments, despite sanctioning Syrian president Bashar al-Assad, have become one of the regime’s largest sources of hard currency,” the report said, adding that “U.N. bodies do not have to adhere to Western sanctions. But humanitarian aid is meant to reach people in need, not the government.”

Because the latest CSIS report is based on procurement data for only a number of U.N. agencies, and not other international NGOs operating in Syria, its researchers suggest that “it is likely that this exchange rate results in the loss of tens of millions more Western aid dollars every year.”

Allowing the Syrian government access to this currency through exchange rate manipulation, “not only gives the government funds it can use at will, but also undermines the policy of isolating the Assad government,” the report said, adding that “as donor fatigue sets in and needs continue to rise in Syria, ensuring every dollar reaches those in need will be more critical than ever before.”