After a wave of murders ripped through Naples, the local archbishop urged members of the Italian city’s native organized criminal group Camorra as well as those involved in corruption to change and become “human beings” again. 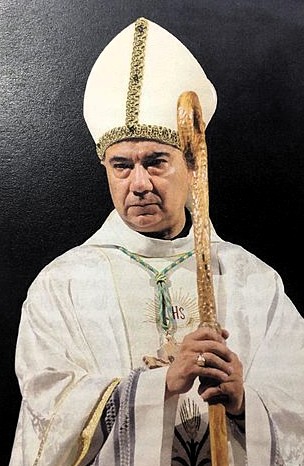 “Your bishop will not shy away from welcoming and accompanying the steps of conversion and human rebirth," he said.

The Camorra is one of the oldest and largest criminal organizations in Italy, dating to the 17th century. Its main businesses are drug trafficking, racketeering, counterfeiting and money laundering. Some Camorra clans have infiltrated local politics.

In recent months a killing spree has claimed the life of a Camorra boss’s nephew and another man, aged 25.

"They are killing Naples! The Camorra and graft are killing it, with the violence and cruelty of those who have forgotten they are human beings!" the Bishop said.

His words are in line with the harsher stance the Vatican has taken against the mafia in recent years.

In March, Pope Francis called out the mafia and it’s exploitation of the pandemic during one of his public Angelus prayer addresses.

In December 2020, just before Christmas, the Vatican officially acknowledged the martyrdom of Rosario Livatino, a Sicilian judge who was executed by mafiosi in 1990 for his work against them. Deeming Livatino a martyr paves the way for his beatification and ultimate canonization as a Catholic saint.

And earlier that year, the Vatican established a new department that will try to disassociate the reverence of the Virgin Mary with Italian organized crime. Mafia groups have for more than a century misused the figure of the Virgin Mary, one of the most important biblical characters and symbols in Catholicism, to bolster their legitimacy.

“It’s not religion! It’s superstition,” said Father Stefano Cecchin, the head of the Pontifical International Marian Academy, the Vatican's premiere academy for Mariology, which is the part of Christian theology that deals with the mother of Jesus Christ.

According to Cecchin, the Camorra, the ‘Ndranghetta and other mafia groups use the trappings of Catholicism “to teach the people that God is with them. So they also want to use people’s religious feelings not to lead them to be free, but slaves.”

“Religion is very important in Italy, especially in southern Italy. These people [the mafiosi] are also believers and connected to tradition, so they mold the Church to their power,” Sergio Nazzaro, an Italian journalist and writer who specializes in the mafia previously told the OCCRP.

“The strong position of the Catholic Church is also a very powerful signal against the mafia itself, so they can no longer use the Catholic religion for their illicit purposes,” he said.