The owner of a swanky Manhattan art gallery, who sold ancient artefacts to major auction houses like Christies and Sotheby's, pleaded guilty to a conspiracy to knowingly have dealt in stolen goods, the anti-antiquities trafficking NGO Antiquities Coalition announced. 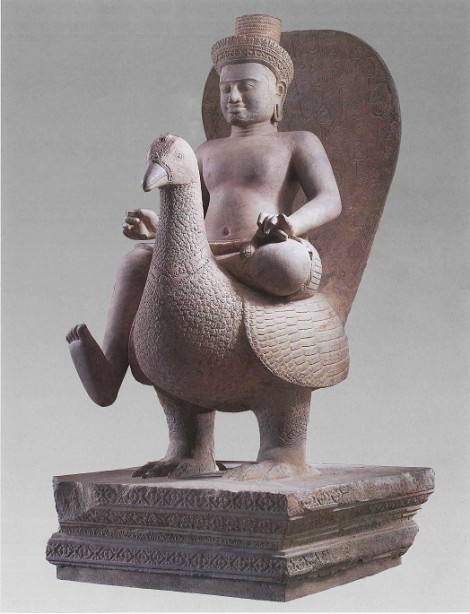 Skanda on a Peacock depicts the Hindu god of war, Skanda, riding on the back of a peacock. (Photo: U.S. Department of Justice)“For decades I conducted business in a market where buying and selling antiquities with vague or even no provenance was the norm,” Nancy Wiener said during her appearance in Manhattan Supreme Court, according to the New York Times. “Obfuscation and silence were accepted responses to questions concerning the source from which an object had been obtained. In short, it was a conspiracy of the willing.”

Among those Wiener dealt with was Subhash Kapoor, the disgraced New York art dealer who is now languishing in an Indian jail as authorities slowly return some of the 2,500 looted artifacts found in his possession.

In 2019, Latchford, who had a long standing relationship with the oppressive regime of the Khmer Rouge, was charged with trafficking in looted Cambodian antiquities.

However, his death before trial in 2020 looked like a major roadblock for investigators in the cases of those he dealt with, including Wiener.

But then his name appeared in the Pandora Papers, a major leak of documents that exposed many of those who used offshore companies to hide their wealth. In them, reporters found details of how Latchford managed to move his money and even some of the looted goods abroad after he got wind that U.S. authorities had taken an interest in his case.

When the Washington Post and the Guardian, who along with OCCRP participated in the ICIJ’s review of the Pandora Papers, went on a global hunt to see where artifacts linked to him had ended up.

They found a dozen Latchford-linked pieces in the hands of the New York’s Metropolitan Museum of Art as well as over a dozen more in the Denver Art Museum, the British Museum, Cleveland Museum of Art, and the National Gallery of Australia.

The illegal antiquities trade is a multi-billion dollar global industry, according to a 2018 report by Standard Charter Bank. Its beneficiaries are not just high society art aficionados like Latchford and his Manhattan clients like Wiener, but often the trade is a major funding source for criminal and militant groups on the supply side.

In 1970s Cambodia, where Latchford specialized, his work gave a much needed funding source to an increasingly isolated Khmer Rouge government.

According to the Washington Post, when authorities first began to take note of Latchford in 2011, he and his daughter set up an account registered in the British dependency of Jersey, a well known tax haven through a group called Trident Trust.

As trafficking investigations tend to aim to force the indicated part to turn over illicitly gained goods and past proceeds from selling them, offshore accounts are a common tool to obscure them from the investigators. According to the Washington Post, another account believed to be  set up by Latchford was called “Skanda Trust.”

As authorities have begun the process of returning the looted goods trafficked by Latchford and found in galleries like Wiener’s and Kapoor’s to their countries of origin, almost every month a new story emerges about hundreds of pieces going back to India, Pakistan, Cambodia and beyond.

What treasured artifacts still remain in these offshore holdings remains unknown, but a 2012 catalogue of Latchfords listed 80 bronze Khmer statues as being sold by his “Skanda Trust.”