Cheetah trafficking rates by sea from East Africa to Yemen reportedly increased by 58% between March 2020 and February 2021; once captured by poachers, these spotted cats are predominantly destined for the palaces of royalty and wealthy families in the Middle East and South-East Asia. 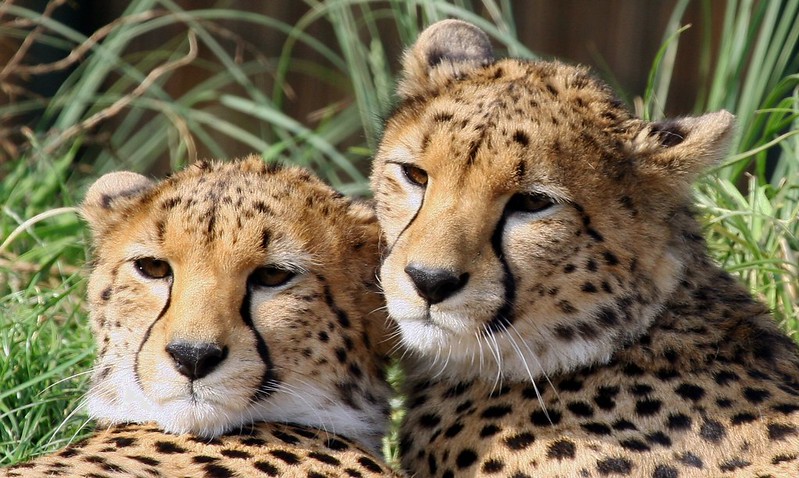 More than 4,000 wild cheetahs have been documented in the illegal wildlife trade (IWT) since 2010, putting their current wild population at less than 7,000 today - half of their 1975 population. (Photo: Brian Mckay, Flickr, CC BY 2.0)The price on the black market? Up to US$1 million.

More than 4,000 wild cheetahs have been documented in the illegal wildlife trade (IWT) since 2010, putting their current wild population at less than 7,000 today - half of their 1975 population - according to a black market brief by the Global Initiative Against Transnational Organized Crime (GITOC).

With the cheetah’s wild population steadily decreasing, in large part due to the IWT preying on their cubs, the International Union for Conservation of Nature Red List has classified the species’ status as ‘Vulnerable’.

Cheetahs are only found in the wild throughout East Africa and the Horn. Their limited natural habitat zones, combined with their poor breeding rates in captivity, makes the illegal capture of wild cheetah cubs a serious concern for their survivability as a species.

Approximately 300 cheetahs are illegally removed from their habitats each year, according to GITOC; this represents an annual loss of over 4% of their total population.

According to the so-called Washington Convention - a multilateral agreement between almost all UN member states on the protection of the species - the trade of cheetahs “must be subject to particularly strict regulation and authorized only in exceptional circumstances.”

This means that legally, they can only be internationally transported to zoos, breeders, educational or training facilities, or to habitats suitable for their re-introduction into the wild.

After being poached, some cheetahs are suspected of being transported through legal channels but with fraudulent microchips and documentation, according to GITOC.

South Africa is where 4,300 of the remaining 7,000 wild cheetahs on Earth reside, although most facilities reportedly cannot track their individual movements. This complicates conservation efforts and exposes them to poachers and smugglers.

East Africa, however, is reportedly the primary region where cheetahs are abducted; they are then illegally shipped to the Arabian Peninsula, where exotic animals are regarded as status symbols. Young cubs are naturally less aggressive, making them more preferable.

Approximately 767 abductions have been reported across Ethiopia, Somalia, and Somaliland, according to GITOC. Over 70% of which - roughly 532 live cheetahs - are said to have originated from Somaliland alone.

It is noted in the brief, however, that the significance of Somaliland’s trafficking routes have been more thoroughly researched than that of other countries. This indicates that the total abduction count could be underreported.

The region’s extended coastlines and proximity to Yemen are said to make ideal smuggling routes for captured animals destined for wealthy families in the Gulf states.

During transport, captured cheetahs face conditions such as incredibly small confinements and prolonged periods with no water. Recovered cubs as young as two weeks have revealed signs of mistreatment and malnutrition.

It is estimated by GITOC that over 60% of captured cheetah cubs perish before reaching their destination to be sold on the black market.

The absence of dead adult females at the abduction sites implies that the cubs are taken after the mother hides them before setting out on a hunt.

Market demand for live cheetahs as pets reportedly remains strong. This complicates efforts to ensure their security and promote repopulation efforts in the wild.

Saudi dealers are said to sell the animals once they arrive through e-commerce and social media platforms. Accounts linked to Saudi Arabia, the UAE, and Kuwait have reportedly sold nearly 2,500 cheetahs in the past decade.

On the black market, however, the price is naturally far higher. In the UAE, a tame king cheetah can cost up to $1 million, according to the brief.

Considering the net decline of their population figures, and their sustained demand on the black market, there are concerns that the cheetah as a species is headed for extinction.