The U.S. will return US$25.6 million in assets purchased with the proceeds of corruption and seized from the Vice President of Equatorial Guinea to the African nation in form of COVID-19 vaccines and other medical equipment, the U.S. Department of Justice announced in a statement Monday. 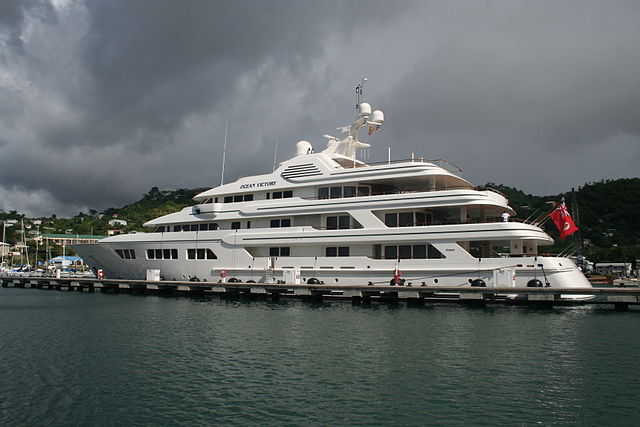 The "Ebony Shine" one of the several high priced yachts Obiang Mangue managed to acquire. (Photo: Madmack66, Wikipedia, CC BY 3.0)Teodorin Nguema Obiang Mangue, who is also the son of the African nation’s president Teodoro Obiang, has been tried in several countries for corruption and money laundering. He has made headlines for his lavish lifestyle that includes the purchase of several yachts worth more than $100,000,000 a $1.3 million car, and a $677,000 weekend shopping trip to South Africa -- where he also bought a $3 million home.

Obiang Manque also managed to purchase a $30 million mansion in California, a $120 million one in Paris and obtain several Michael Jackson memorabilia.

“The United States alleged that Obiang Mangue, who in 2011 was Minister of Agriculture and Forestry and received an official government salary of less than $100,000, used his position and influence to amass more than $300 million worth of assets through corruption and money laundering, in violation of both U.S. and Equatoguinean law,” the DOJ statement said.

Ultimately, Obiang Manque was forced to sell his $30 million Malibu mansion, a luxury vehicle and millions of dollars worth of Michael Jackson memorabilia, before turning over a good chunk of the cash to U.S. authorities.

According to a donor agreement the U.S. made with the United Nations, the U.N. will use $19.25 million of that money to purchase, store, distribute and administer COVID-19 vaccines to at least 600,000 people in Equatorial Guinea, the statement said.

Another $6.35 million will be given to MCDI, a charitable organization with an established track record of administering programs in Equatorial Guinea, to manage the purchase, storage, distribution and delivery of other medicines and medical supplies throughout Equatorial Guinea.

Obiang Mangue isn the only member of Equatorial Guinea's ruling family to be implicated in corruption either.

In January, an OCCRP investigation revealed that Gabriel Mbega Obiang Lima, another son of President Teodoro Obiang, and the country’s Minister of Mines and Hydrocarbons, had lined his pockets with millions of Equatoguinean capital taken through bribery and siphoned out of state construction projects.