Europe’s cocaine market is becoming busier and more violent, according to the Cocaine Insights Report, which Europol and the UN Office on Drugs and Crime (UNODC) presented on Tuesday. 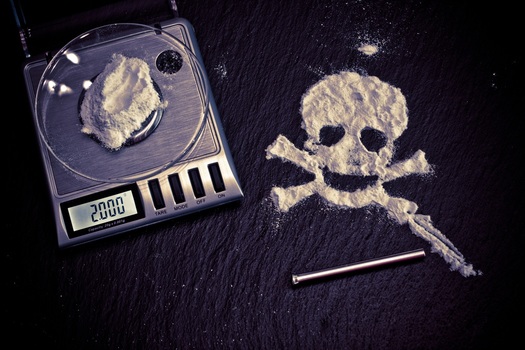 Europe’s cocaine market is becoming busier and more violent, according to the Cocaine Insights Report. (Photo: Stockvault, CC0 1.0)The document described “more violent, diverse and competitive” characteristics of the cocaine trade in Europe, noting “an increase in ... assassinations, shootings, bombings, arsons, kidnappings, torture and intimidation related to the trade in cocaine”. The report called the increasing violence “a clear threat to European and global security.”

The report presented statistics showing that the amount of cocaine seized in Europe has tripled in recent years, from less than 400 tons in 2014 to more than 1,200 tons in 2019.

It also cautioned that the fragmentation of the criminal environment in source nations has opened up new chances for European criminal networks to acquire direct supplies of cocaine, bypassing middlemen.

The new report buttressed Europol’s Serious and Organized Crime Threat Assessment 2021, published earlier this year, which said  new competition in the market has led to the increased supply of cocaine and consequently to more violence, thus challenging previously dominant monopolies in the wholesale supply of cocaine to European markets.

The assessment noted that western Balkan criminal networks “have established direct contacts with producers and secured a prominent place in the wholesale supply of cocaine.”

The joint report released this week emphasized the necessity of intervening at the source. It also highlighted the importance of “money laundering investigations to trace the illegal profits and of the confiscation of assists related to criminal activities.”

Increased collaboration between law enforcement authorities will improve the efficacy of investigations and the detection of shipments, according to the report.

Julia Viedma, who heads Europol’s Department of the Operational and Analysis Centre, said, “Cocaine trafficking is one of the key security concerns we are facing in the EU right now.”

She added that nearly 40 percent of the criminal groups active in Europe are involved in drug trafficking, and the cocaine trade generates billions of euros in criminal profits.

Chloé Carpentier, the chief of the Drug Research Section at UNODC, concluded that “the current dynamics of diversification and proliferation of cocaine supply channels, criminal actors and modalities are likely to continue, if left unchecked.”