The United States will pay up to US$5 million for information leading to the arrest of a Chinese national connected to a transnational drug trafficking organization, the U.S. Department of State said on Monday. 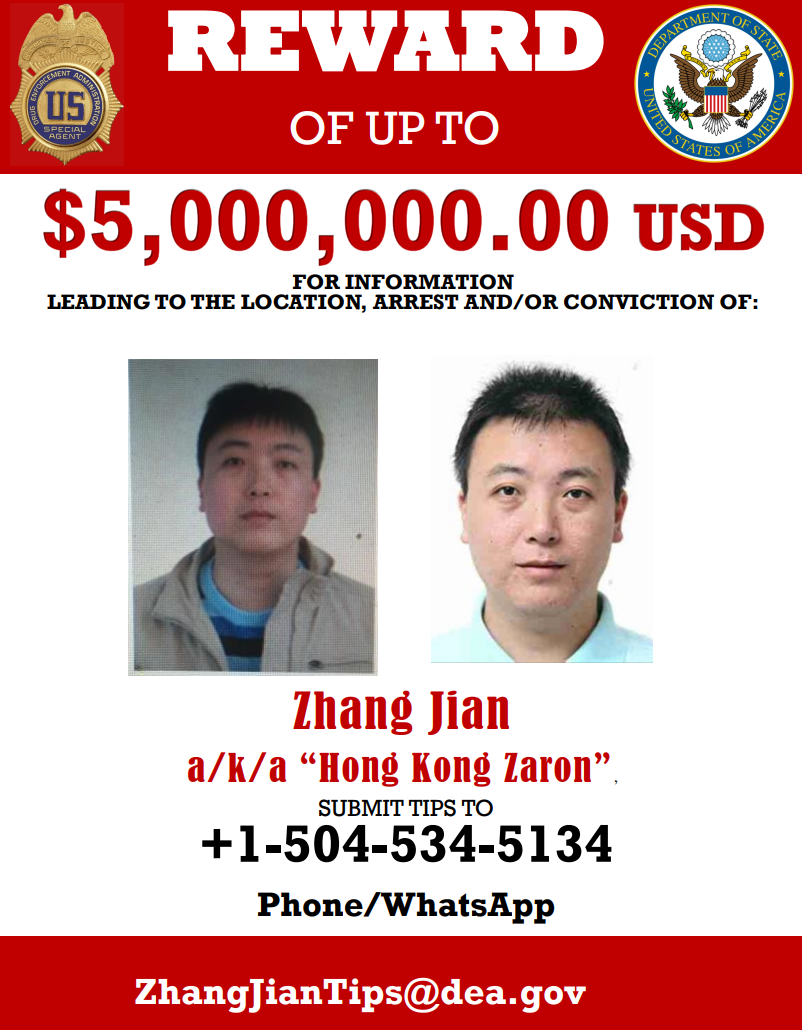 Many of the U.S. nationals charged have already been convicted and sentenced to penalties ranging from 20 years to life in prison. (Photo: DEA)Jian Zhang, also known as the Hong Kong Zaron, is suspected of being the leader of an organization that imported and distributed controlled substances into the U.S. from 2013-2016, the statement said.

Zhang is also wanted in connection to the overdose deaths of four Americans, as well as incidents involving serious bodily harm towards five other Americans, which are linked to the same drug trafficking organization.

The reward is another step in a years-long manhunt for Zhang, who was charged in North Dakota in January 2018 for drug trafficking, money laundering, and indirectly causing the deaths of several Americans.

Several other U.S., Canadian, and Chinese nationals linked to the conspiracy are also facing the same charges.

Many of the U.S. nationals charged have already been convicted and sentenced to penalties ranging from 20 years to life in prison.

The $5 million reward is offered under the Department of State’s Transnational Organized Crime Rewards Program (TOCRP), which, along with the Narcotics Rewards Program, has been used to bring more than 75 transnational crime figures and major narcotics traffickers to justice since 1986. More than $135 million have been rewarded to-date under these programs.

“We hope that this reward will encourage those with valuable information to contact DEA to bring Mr. Zhang to justice,” said Acting Special Agent in Charge La Verne Hibbert of the DEA Miami Field Division.