Montenegrin police arrested two people and seized more than a ton of cocaine in the largest catch in the history of the tiny Balkan country, the Interior Ministry stated Friday. 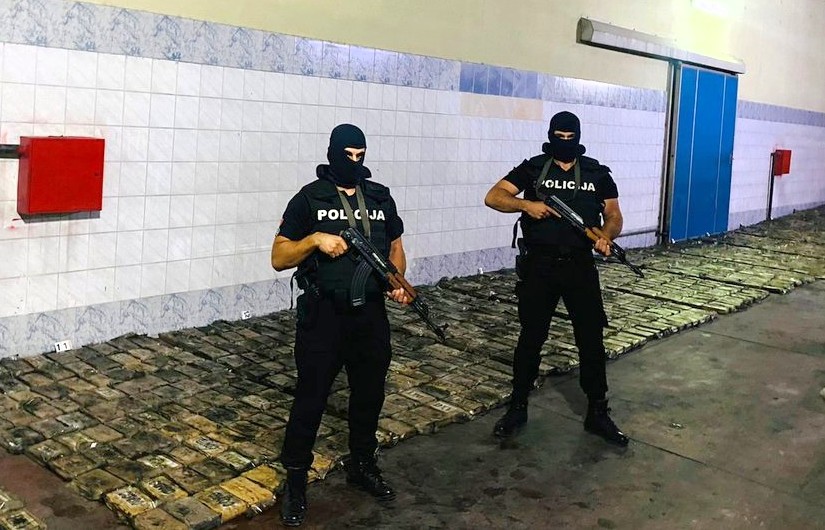 Montenegrin policemen guard cocaine, the record drug seizure in the history of the tiny Balkan state. (Photo: Montenegro Police, Twitter)More than 1,200 packages of the drug — labeled with odd names such as DXV, COVID, EXITO or DXB — were concealed among bananas, stored in a warehouse in the capital of Podgorica’s Zeta district, according to police.

Montenegrin authorities did not provide more information about the operation but the Ministry tweeted that they were showing their “strength and determination in the fight against organized crime.”

“What a feat. We do what we promised — Montenegro will not be a country of crime!” Abazović tweeted.