Satoru Nomura, the 74-year-old head of the Kudo-kai Yakuza syndicate in the Fukuoka prefecture of Japan, was handed the death penalty on Wednesday for ordering four civilian attacks, including one murder. 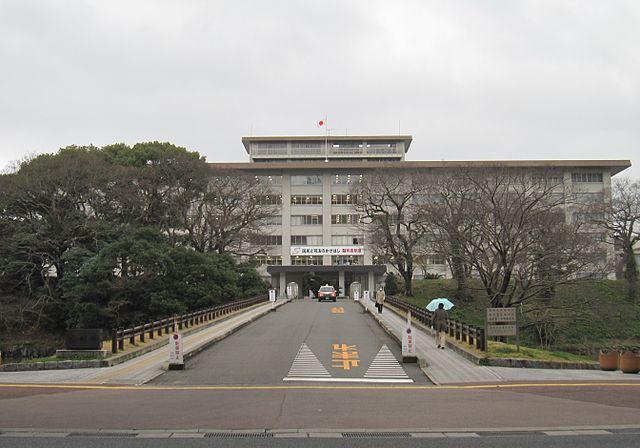 Fukuoka High District Court. (Photo: KishujiRapid, Wikimedia, License)It is reportedly the first time that the head of a Yakuza group — an organized crime syndicate in Japan — has been sentenced to death.

In all four attacks, the direct assailants and co-conspirators have already been convicted, so the main purpose of Nomura’s trial was to establish whether the crimes were carried out with his approval.

The presiding judge of the Fukuoka District Court, Ben Adachi, decided the case despite lacking direct evidence that Nomura ordered the attacks. He agreed with the prosecutors’ argument that the coordinated attacks could not have taken place without Nomura and Tanoue’s orders, given the tightly controlled chain-of-command hierarchy within the Kuda-kai.

Nomura and Tanoueu have maintained their innocence throughout the proceedings and will both likely appeal the court decision.

According to local news reports, Nomura told Judge Adachi after the ruling, “You'll regret this for the rest of your life."

The assault victims included the head of a fishing cooperative, a nurse, and a dentist. The fourth victim was a former police officer who was shot dead in an attempt to put pressure on local law enforcement. All were attacked between 1998 and 2014.

Operating in southwest Japan, the Kudo-kai is one of the largest and most nefarious of Japan’s organized crime groups and the only to be officially designated as a dangerous crime syndicate.

The Yakuza often engage in so-called ‘protection rackets’ with local parlors and bars who pay them to eject rowdy customers. Operating frequently under a legitimate business front, they’re also known for extortion and blackmail schemes and participating in drug and human trafficking.

It’s not illegal in Japan to be in a Yakuza group, although in recent years the government has tried to more severely crack down on their activities. The severity of both sentences may influence future legal proceedings with gang members.