The son of Mozambique’s ex-president and 18 bankers and government officials have faced the judge on Monday in a long-awaited trial over the so-called “tuna bonds” scandal involving US$2 billion worth of secret bank loans and bonds that plunged the nation into a financial crisis. 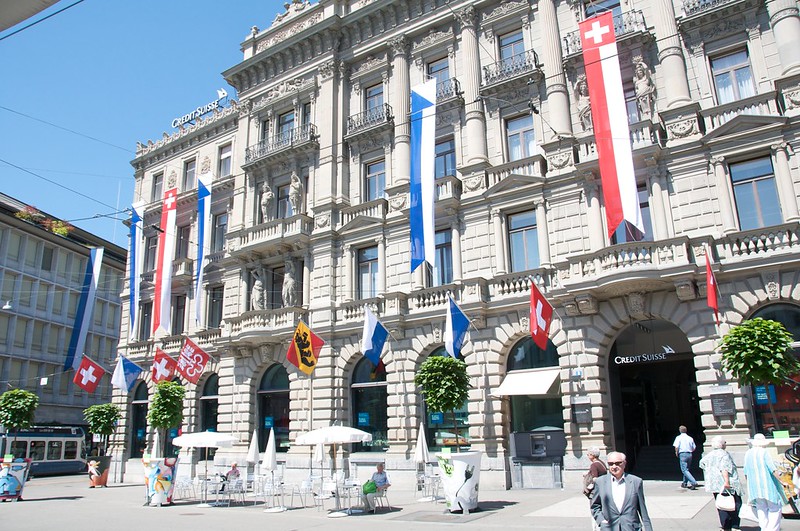 Credit Suisse Global Headquarters in Zürich. (Photo: Suw Charman-Anderson, Flickr, License)Ndambi Guebuza, the son of former President Armando Guebuza, and the other defendants have been charged with blackmail, forgery, embezzlement and money laundering.

Since none of the city’s courtrooms could accommodate all the lawyers, witnesses and reporters, the hearing opened in a tent on the grounds of a high-security prison in Maputo, Mozambique’s capital city, where Guebuza has been held in pretrial detention for two and a half years, according to the BBC.

Between 2013 and 2016, three newly established companies borrowed over $2 billion in loans — then, more than 12 percent of the country’s GDP — from Credit Suisse and Russian bank VTB Capital to finance three maritime projects, including a tuna fishery and a maritime security fleet.

The hidden loans received the backing of Mozambique government guarantees which had not been approved by parliament. This means that if the companies do not pay back, the state has to. About $200 million were diverted into bribes and kickbacks to some of the defendants.

In 2017, Mozambique defaulted on the loans, plunging one of the world’s most indebted countries into a financial crisis. As rumors about the hidden loans began to spread, Mozambique’s currency collapsed and donors like the IMF and World Bank cut off their aid programs.

According to a report published by Mozambique’s Center for Public Integrity, at least 1.9 million people fell below the poverty line by 2019 as a result of the fallout from the scandal — the largest in the country’s history.

Courts in the U.S., Switzerland, and the U.K. are also investigating the scandal.

Meanwhile on Monday, the South African Ministry of Justice announced that former Mozambique Finance Minister Manuel Chang, who stands among the accused, is being extradited to his home country following requests from both the U.S. and Mozambique.

Responsible for orchestrating the secret government loan guarantees in exchange for bribes, Chang had been first arrested in South Africa in 2018.